The Netherlands might seem like any other country. But once you live there you realize that there are many things you’d probably never think of doing elsewhere. Here is my experience after 2 years living in Holland.

10 Things I Never Did Until I Lived in the Netherlands

Before coming to Holland I could never understand how Dutch people can bike everywhere. In a country as rainy as the Netherlands biking everywhere still seems to me a bit odd. Moreover, nobody here seems to mind biking in a suit, tight skirt, or even dragging a suitcase behind the bike.

I’ve known that Dutchies have a weird concept of eating chocolate sprinkles (hagelslag) on bread, however I had no idea how popular it is – they eat it for breakfast and lunch almost every day. In Dutch sense hagelslag are not just sprinkles, there are plenty types of them and… it’s actually quite tasty. 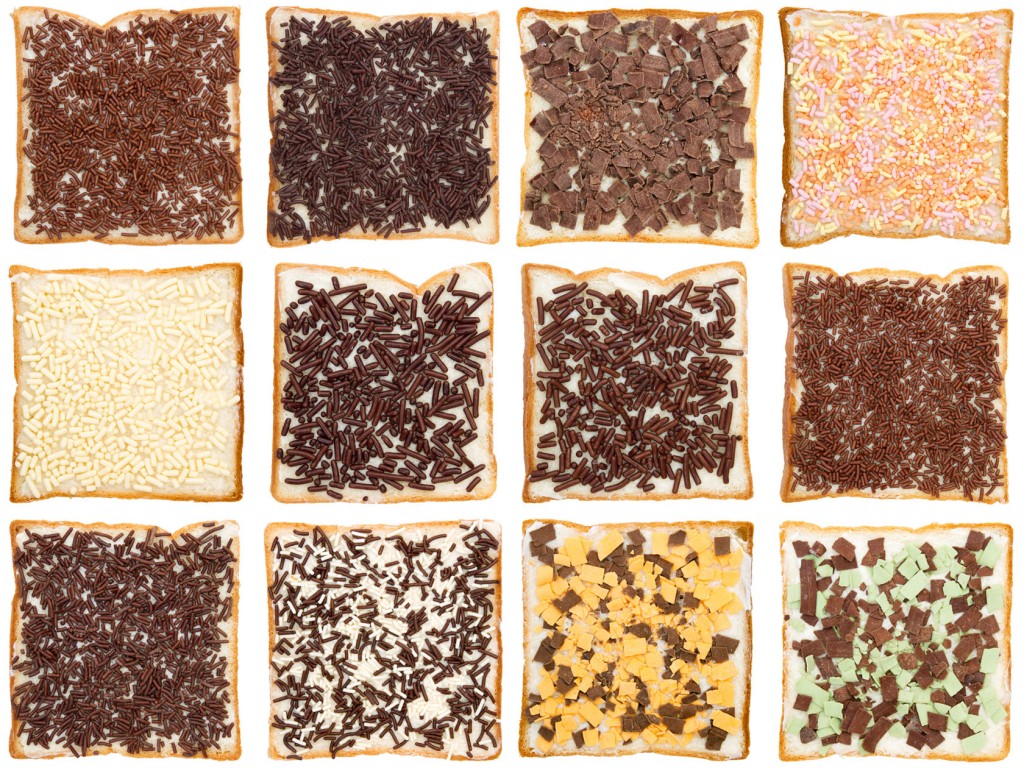 3. Felt comfortable about coming to the class or meeting 15 minutes late

I remember when I found out my class starts at 1pm I got there on time. How surprised I was when I found out nobody was there! In Holland even tho a class or a meeting starts at a particular time everyone knows that the actual starting time is quarter past.

4. Looked into people’s houses through the window

Dutch people have an extraordinary desire for gigantic windows, even when living on a ground floor. Moreover, they don’t even bother to put curtains on them, so everyone passing by can see every detail of their daily life.

5. Felt annoyed when I had to commute for more than 20 minutes

Holland is a small country, so people easily commute to work between the cities. However, due to the size of the country traveling for more than 20 minutes is considered to be very, very far.

During a popular celebration of Queensday (from 2014 Kingsday) apart from dressing in orange and getting drunk, Dutchies organize a lot of street markets. All the streets look like a gigantic garage sale and what is even more interesting – people are actually buying everything. 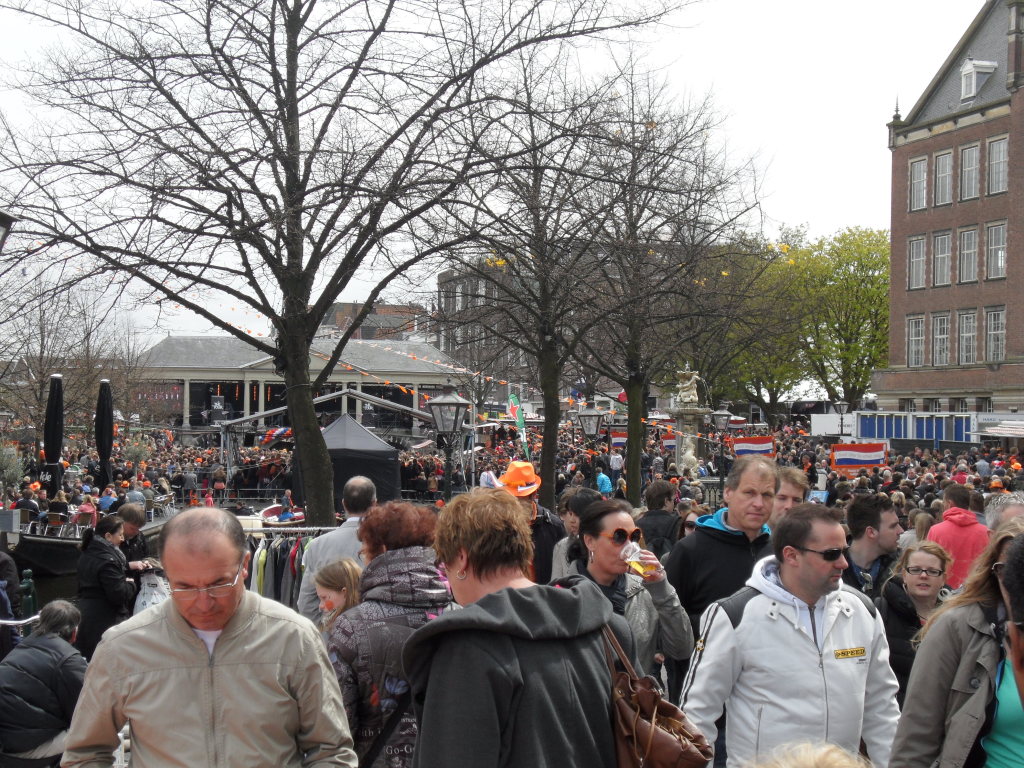 Yes, I did it! I tried this traditional ‘world famous’ Dutch herring. It was actually pretty tasty. 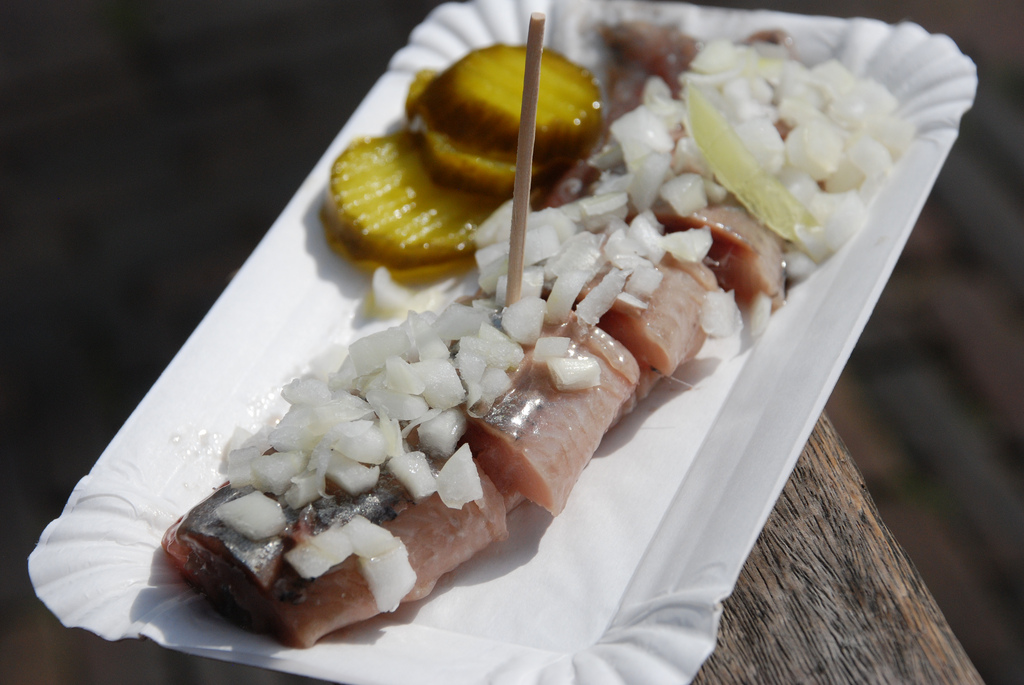 Locals love fast food, especially when it’s fried. There is nothing, well, maybe apart from health issues, wrong with that, but one of the most popular Dutch fast food companies – Febo sells various HOT snacks in some kind of vending machine. 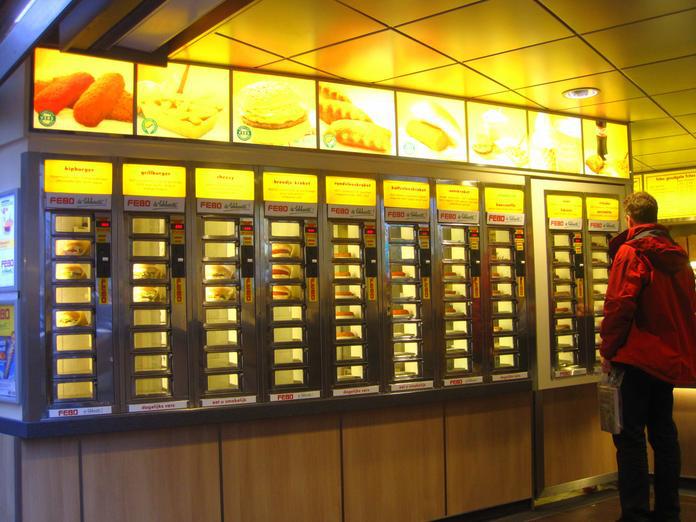 9. Had my bike stolen by the police

In Holland everyone owns a bike and bikes usually to the train station from which he/she commutes to work. Stations amaze with huge bike garages that, unfortunately, are always full. If you leave your bike outside the bike rack you might have to rebuy your bike from the police. Station patrol often removes bikes that are illegally parked.

10. Had to pay to ER despite being insured

For the majority of expats Dutch health system seems unfair and ridiculous – more about it will be explained in a post about what to know when you’re moving to the Netherlands. In Holland, despite paying around 100 euros a month, you still need to spend money on everything that’s not a basic GP visit. The insurance coverage also excludes a visit at the ER.

One clarification to the healthcare system, it's actually a limited free-market model. This means that any Dutch citizen is required by law to get a private health insurance. The government however, decides what is covered or not. The coverage list is confirmed yearly and every year anybody can switch insurers without fear for a denial as the insurer needs to accept any citizen applying for coverage.

Most basic stuff is covered, like baby deliveries in the hospital, but indeed physiotherapy is only covered for a limited number of sessions. For those cases, one can take a 'top' insurance, of which the coverage does differ from insurer to insurer. Also, for those 'top' insurances an insurer can actually deny acceptance as the insurance is voluntarily.

I ate Raw Herring and Hagelslag, love them so much. But, since we used to be Dutch colony, Eating bread with Hagelslag or choco sprinkles is not something new for us. I grew up with this.

Wait, have you tried Dutch Licorice or Drop?? It tastes like chemical thing?? My Dutch friends said, you're considered as Dutch if you Love our national candy. HoningDrop. But, unfortunately I can't never understand the taste. It's just beyond me.. :D

Unfortunately drop and licorice aren't for me either :D

wonderful submit, very informative. I wonder why the opposite experts of this sector don't understand this. You should continue your writing. I am sure, you have a huge readers' base already!

Thanks , I have recently been looking for information about this subject for a while and yours is the best I have discovered so far. However, what about the conclusion? Are you certain about the supply?

Well done, I still haven't tried raw herring yet! I gag whenever I see people eat it at the markets and I stick to kibbeling instead :) And don't get me started on healthcare... I pay 80 euro a month and have a 700 euro excess, absolutely ridiculous!

I've done the same mistake... and unfortunately I think I'm going to reach my 860 'own risk' limit :(