Moving to Amsterdam might be a great adventure, especially when you’re a student. You probably expect a lot of fun, making new friends and exploring the area. I was extremely excited to move to the Netherlands to start my second Master’s degree. My goal was to complete my Master’s degree within the official given time-frame (which is 1 year for a regular MA/MSc and 2 years for MPhil), with no delays. On top of that, my plan was to also find a job in Amsterdam.

The truth is, just like most other expats moving to the Netherlands, I had no clue what Dutch bureaucracy is really like, and how many things you have to deal with.

Practical Tips on How to Move to Amsterdam (updates for 2019) 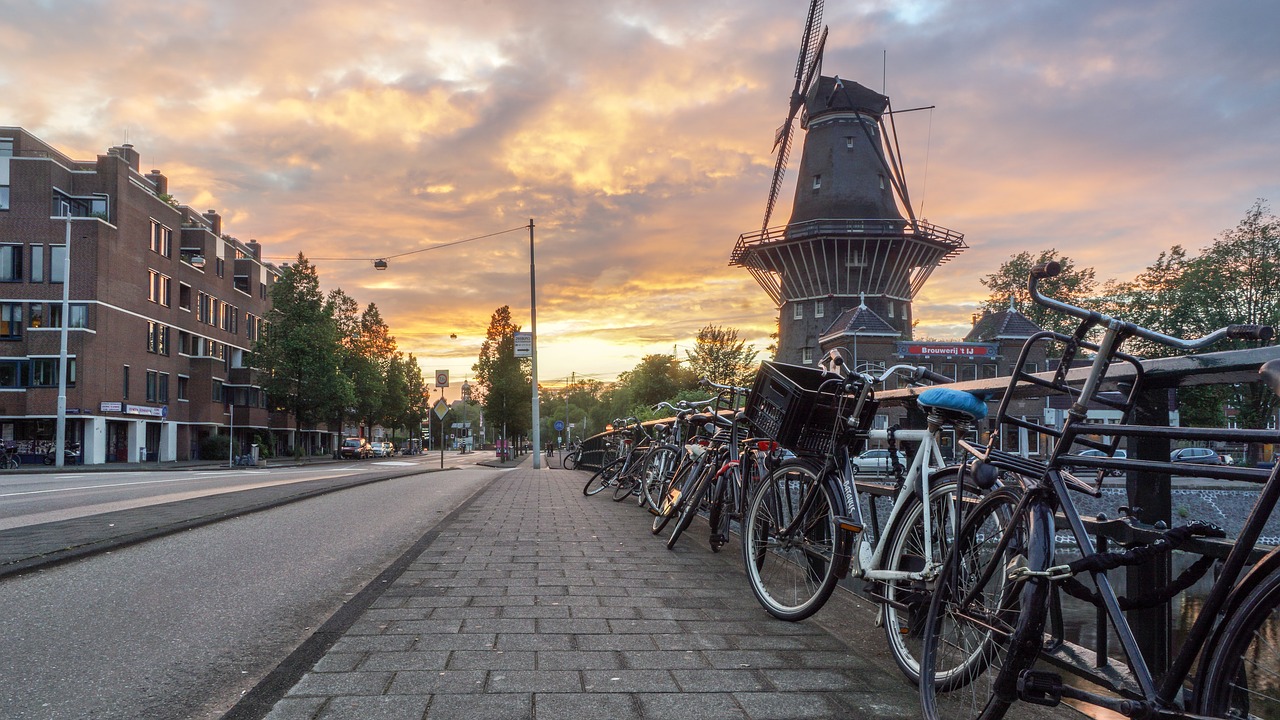 Housing in the Netherlands

Finding an Apartment in Amsterdam

Finding accommodation in the Netherlands can be challenging. 90% of everyone I met struggled with this a LOT. When you first search online, you’ll find a lot of options, but in reality – there aren’t that many available. Locals can wait a year or two to find a good and affordable apartment in Amsterdam, and many end up moving to nearby towns.

Quite often you need to come to an apartment viewing with about 30 other applications and quickly pay your deposit and deliver all the documents on the spot. Note that a LOT of apartments come unfurnished, which means they come without a floor and walls aren’t painted. Yes, seriously.

On top of that, when you first land in the Netherlands you’ll have to register at the Town Hall and get your BSN number, in order to do absolutely anything. Not all apartments or rooms will give you an option to register.

In Holland, similar to Italy, without registration you can’t do absolutely anything – you can’t study, you can’t work, can’t have a bank account and health insurance. Make sure that you ask if you can register at the house you want to rent to avoid unnecessary issues.

Rooms in a Shared House

Finding a room in a shared house isn’t easy without a semi-fluent Dutch. That’s why I’d say it’s easier to accept University accommodation to start with if you’re moving to Holland for school.

If you really want to find a room on your own, get an account on Kamernet and search through various Facebook groups for expats in the Netherlands. Be prepared to attend a few hospiteerabond, sort of casting for roommates. Current flatmates are going to ask you and other potential roommates a ton of (often ridiculous) questions and then call you back (or not) if they pick you.

Registration in the Netherlands

To work or study in the Netherlands you need to have a BSN – special identification number. It’s basically the same thing as Social Security in the US, but has more information. Some Dutch employers can’t access your BSN info to see where did you go to school or where you previously worked, on top of the basic things like whether you’ve ever been arrested, etc.

To get a BSN you need to register at the Town Hall (Gemeente) by booking an appointment in advance. Depending on the time of the year, you might have to wait up to 2 weeks to get an appointment.

To register you need a birth certificate (translated into English or Dutch), housing contract, a job contract, or university acceptance letter. Within 2 weeks you’re going to receive your BSN by post (many things work by post in the Netherlands). 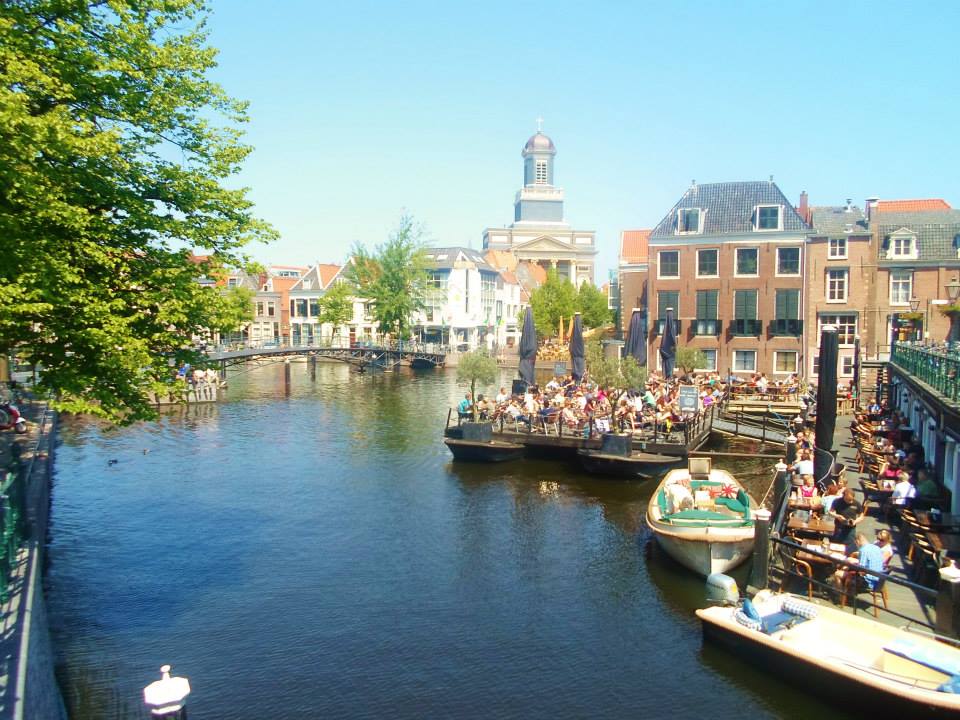 How to Apply for DigiD Number

When you get your BSN you should immediately apply for a DigiD number. DigiD (short for Digital Identification) is a form of online ID that allows you to access many services and government websites in the Netherlands. It’s like a digital version of your passport.

You need your DigiD to do your administration online in the Netherlands. It will give you access to Studielink (if you study in Holland), allow you to do your taxes, and register for health insurance. When applying for DigiD you’ll experience your first problems if you don’t speak the language – the website is only in Dutch.

How to Open a Bank Account in the Netherlands

Opening a bank account is easy, as long as you’re either a student or have a job. The only trouble you can come across is that online banking is obviously all in Dutch, so my advice is to learn some basics.

Without a Dutch debit card you can’t pay for some things like for example train tickets or pay for groceries. Credit cards aren’t that well supported in Amsterdam and forget about cheques or swipe cards like AmEx.

If you come from a country where checks are used like the USA, bear in mind they just don’t exist in the Netherlands. I really like the set-up of Rabobank, as their app is amazing and I never had major issues with anything. 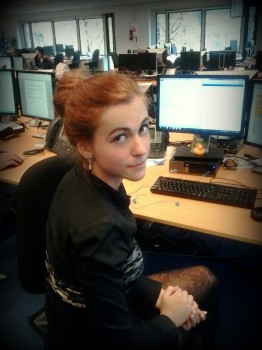 Health Insurance in the Netherlands

Health insurance in the Netherlands is compulsory unless you’re there temporarily (if you’re a full-time student it doesn’t count as temporary). If you’re from Germany, your insurance will work just fine, but otherwise, my EU card has never been enough.

If you’re not going to organize your health insurance within the first 4 months you’ll get a fine (around €385) and the Dutch service will automatically assign you to one and bill you for it. Dutch health system requires you to pay at least €110 per month for the basic insurance coverage.

Does it cover everything? My answer is: NO. It’s sort of like a co-pay in the US. I used to pay €122 per month and I was officially insured, but this fee covered only my basic GP visit because I didn’t add any ‘extras’ to my plan such as physiotherapy, dental care, maternity costs, specialist visits etc.

My insurance (as any other) asked for the amount of €380 so-called ‘your own risk money’ that you have to pay for yourself before the insurance covers anything else exceeding this amount (like a deductible in the US). Therefore for example, if I break my leg and I need an ER and X-Ray scan, I’d have to pay the first 380 Euros of the costs of this myself. This resets every year.

If you feel like you’re never sick you may lower the cost of your monthly fee to €100 a month and then your own risk will be €885.

Be careful, because for example, ER isn’t automatically covered and goes into your own risk money. The minimum charge for the ER is €360. 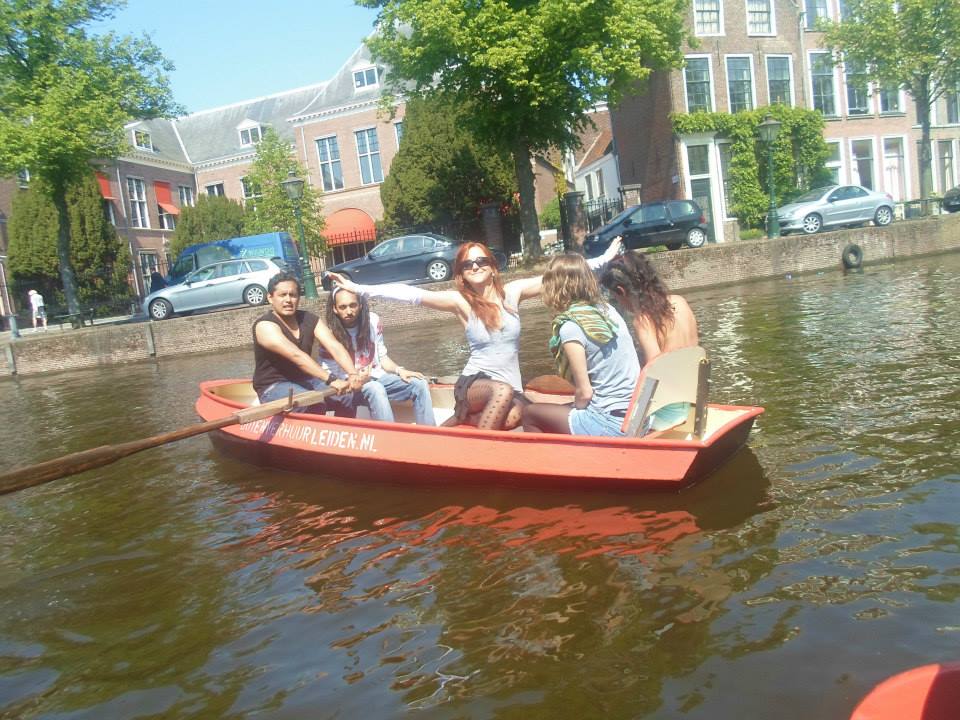 When you live in the Netherlands for over half a year you may apply for a toeslag, which is a governmental help in you don’t earn enough. You can ask for zorgtoeslag – health insurance support, huurtoeslag – additional money for your rent, and other ones concerning, for instance, your kid. Again, the whole process requires you to have a DigiD and ability to read Dutch.

Make sure not to make ANY mistakes in your predicted yearly income (including holiday pay and other bonuses)! Dutch social services are very precise and you might be asked to give some of the money back if you claim an income lower than you received.

Taxes in the Netherlands 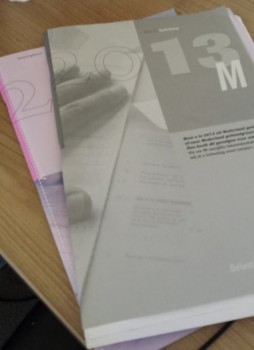 Taxes are the biggest nightmare of expats living in Holland. Not only taxes are extremely high and every month they eat a huge part of your salary, but declaring them at the end of the year is even a bigger problem.

If you haven’t lived in the Netherlands for longer than a year or lived part of the year abroad, you’ll have to fill a Form M.

It’s basically a form containing over 80 pages of questions to fill in – all of them obviously all in Dutch, regarding the income and expenses for the past year.

If you’ve lived only in Holland for a year, you are required to download the digital program to fill in your tax declaration and send it over to the Belastingdienst office by post.

You can’t count on any help from the Belastingdienst office, because it’s just they are not allowed to by law since English is not officially a minority. The only way around is to start speaking Dutch to them and then they MIGHT say it’s fine to switch to English. Because you made an effort to speak some Dutch.

On the other hand, in casual situations, if you can’t speak Dutch well, people will just start talking to you in English. Dutch people are extremely proficient in English (even though they always claim they only speak ‘a little bit of English’).

Don’t be offended, the Dutch are very practical people, and they just want the conversation to be as easy as possible. I was proud of myself when people finally stopped answering me in English.

Finding a Job in Amsterdam

Finding a GOOD job is almost impossible for expats in the Netherlands unless you’re a very lucky IT specialist or Ph.D. candidate in the science field. Why? It’s hard to say, but my impression is that Dutch people are quite hard to get to know and they aren’t very keen on interactions with foreigners. That said once you somehow make some Dutch friends, they’re absolutely awesome!

I’m not saying that there aren’t any jobs, as there are some companies that hire foreigners. However, these are basic editing and customer service jobs, mostly in your native language that pay between €1600-2400 Euros before tax (€1100-1900 after tax).

Ironically, most of the advertised jobs at international corporations require native or extremely fluent Dutch, even if the main language of the company is English. To give you some context, when you check a job board for big companies, such as Google, Michael Kors, or Microsoft, they hire only Dutch speakers opposite to company policy in other countries where fluency in English is lower, such as Poland or Hungary.

Don’t bother finding an internship in the Netherlands. The country law says that internship salary has to be standardized and it cannot extend over €400 euros a month Brutto and you still have to pay about 52% tax on it (exceptions are tax-free intergovernmental organizations in The Hague). The minimum tax rate is 36.55%, for people who earn less than € 19,982. 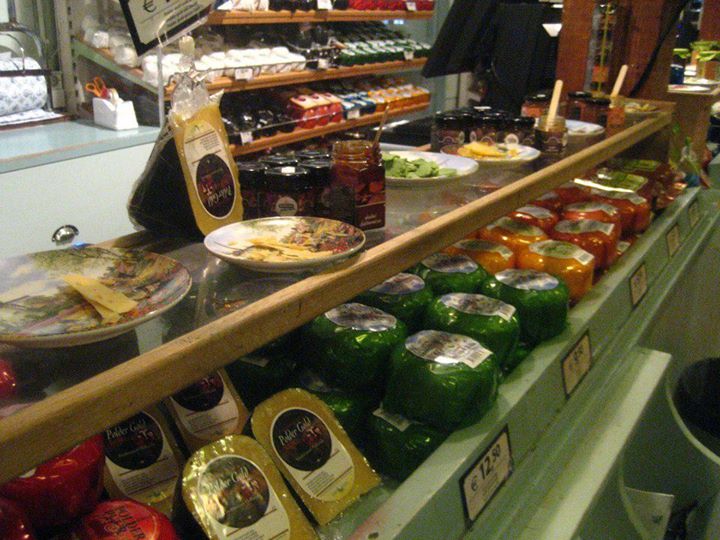 Cost of Living in Amsterdam

Here’s my sample cost of living in Amsterdam as an expat. Note that if you go out more, drink more, can’t find affordable housing, then your costs will be higher. Always prepare for the worst scenario. Naturally, if you’re a family your costs will be significantly higher. 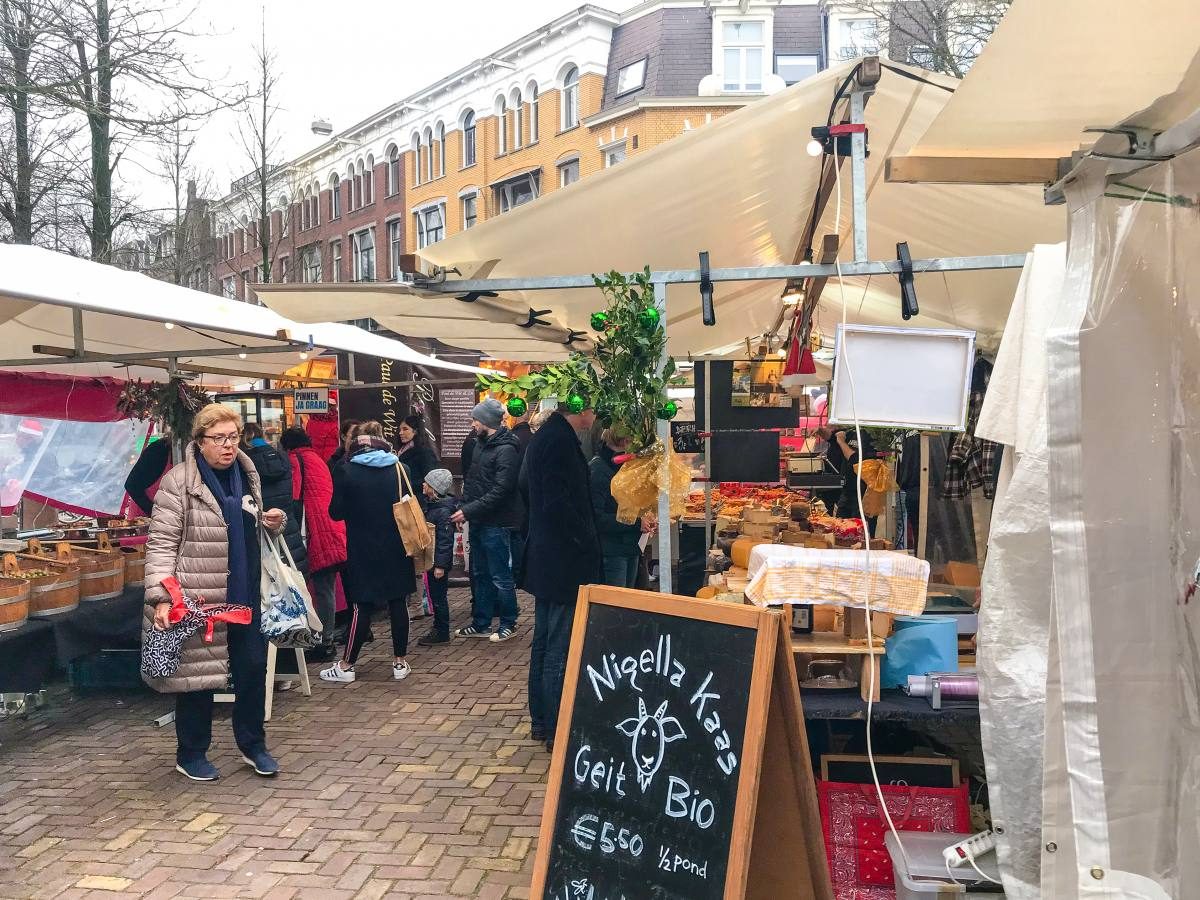 You’re probably thinking I’m trying to scare you away. I’m not – at the end of the day moving to the Netherlands is your own choice. However, you have to have a lot of patience to live here and it’s better to know what’s your signing up for.

Do you have any questions about moving to Amsterdam? Let me know in the comments below!

49 thoughts on “Practical Tips for Moving to Amsterdam, Netherlands”