Why would anyone go and live in Cape Town? Simply because Cape Town has it all: beaches, mountains, gardens, adventure trips, wildlife, wine, awesome braai, and an amazing nightlife. In this post, I’m going to try to answer most of the questions that friends have asked me for tips on living in Cape Town. Most of these are related to maintaining the quality of life one enjoys in their homeland.

What to Expect From Living in Cape Town

As you might already be expecting, my answer to this question is: “ABSOLUTELY!”. However, many potential visitors give up on traveling around South Africa even before discovering the amazing things to do out there due to the stereotypical idea that the place is dangerous.

Why is this the case? For one thing, popular areas are often protected by security guards. However, you shouldn’t be scared to simply walk around town. Before the World Cup in 2010, security increased enormously.

READ MORE: What to Know Before Moving to the Netherlands

I think a lot of tourists aren’t aware of certain cultural differences in South Africa and this can often cause needless fear. For instance, when parking your car on the street you’ll probably meet a lot of poor men asking you for money in exchange for looking after your car. A lot of tourists freak out without understanding that these people are completely harmless and you’re not obligated to give them any money. 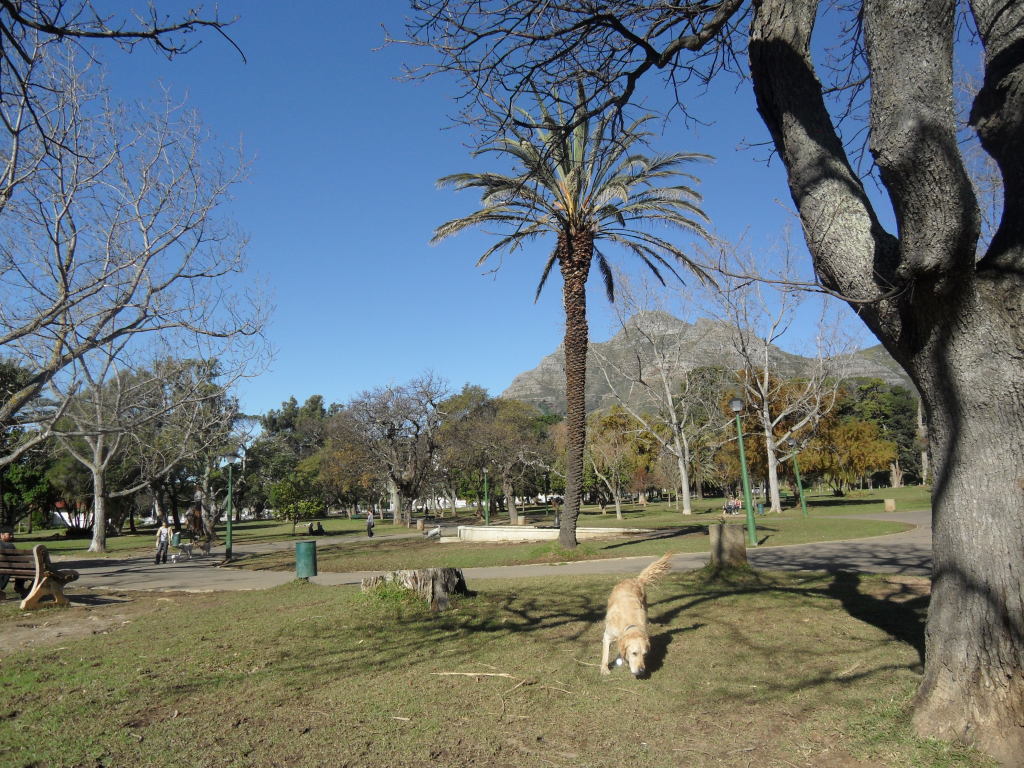 If you’re willing to take the minibus you need to have 2 things in mind:

Once you set your mind to it, you can actually have a lot of fun riding Capetonian minibusses. The minibusses even have a TV screen inside (I was amazed by that!) and despite the crowded environment, everyone seems to be pretty happy. 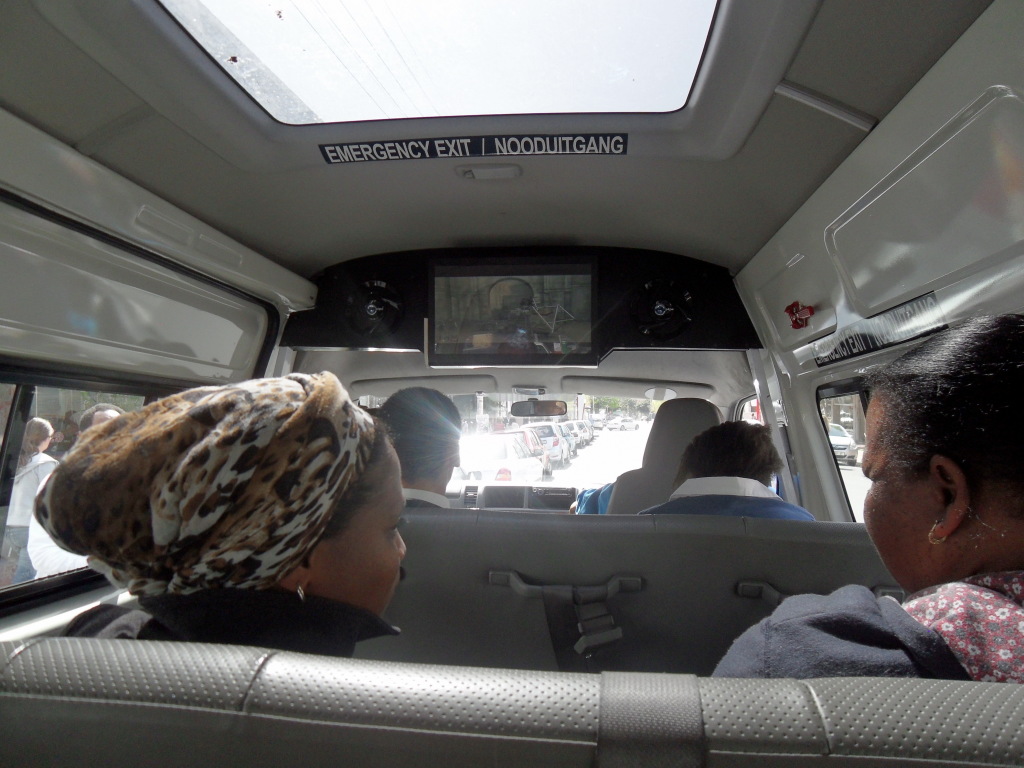 South African minibusses remind me a lot of Mexico City buses because the rules are pretty much the same in both. However, in Cape Town there is a special procedure if you’re sitting in the front seat of the minibus. The driver is busy driving and therefore needs help to collect the money. The person sitting in the front seat collects the money from every passenger, counts it, and manages the whole ride. My advice: if you’re not good at math, don’t sit there!

Remember that drivers are super nice, a few times I was actually dropped off literally in front of my doorstep because the bus driver had a good day and dropped all of the remaining passengers at their final destinations.

Apart from the minibusses, Cape Town has a number of new red buses. In order to get on board, you need to purchase a special card available at every bigger supermarket.

Cost of living in Cape Town

The costs of living in Cape Town is considered to be 65% cheaper than in London/UK and 62% cheaper than in New York/USA. Renting an apartment is definitely the most expensive (and hardest) part of the Cape Town experience. I was lucky enough to get a long-term deal at a guesthouse, but for a simple room in a shared house you might end up paying between R4000 and R5500.

On the other hand, eating out is cheaper than cooking at home, so I was doing this pretty much every second day. 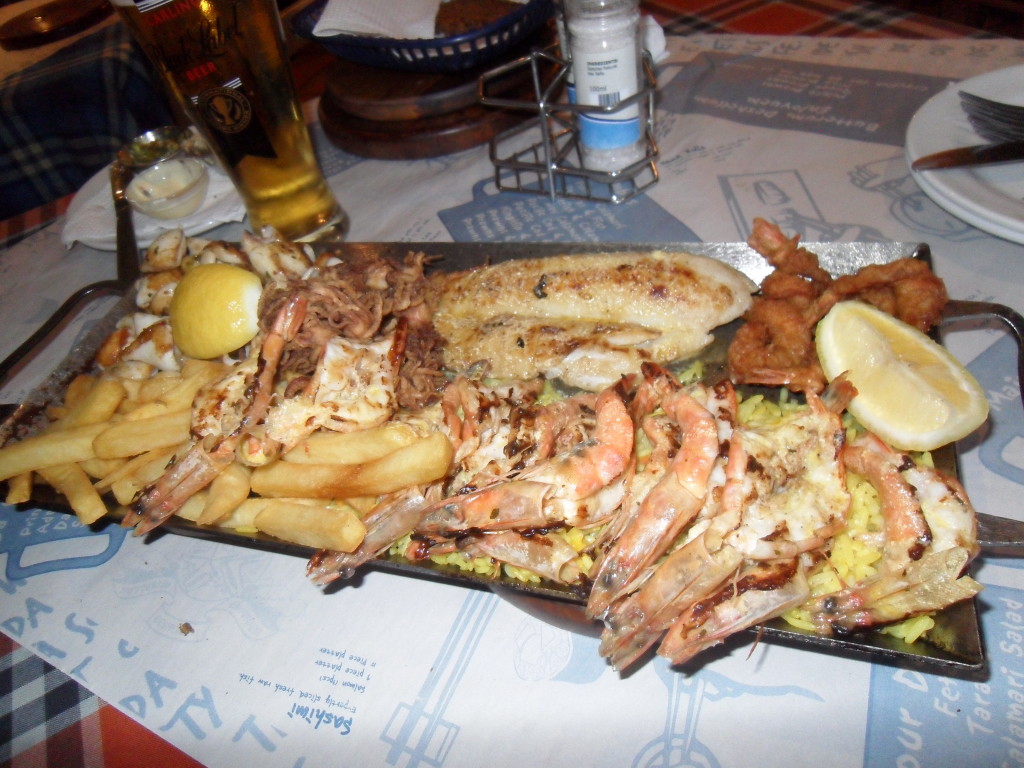 Working in Cape Town as an expat

Before I moved to Cape Town I was searching for expats’ opinions on how the life was and I found this piece:

“The downside is doing business here or working here.The pace is slooooooooooooow. The attitude to sticking to deadlines, answering emails is the equivalent of a hippy looking at you through a dope haze, shrugging and saying: “Meh” before taking another puff.”

The funny thing is that he’s actually right. The downtown area is full of people during their lunch break (a very long break) and people seem quite relaxed about it.

READ MORE: Living in Russia as an Expat

Does every household in South Africa have a maid?

In Cape Town, most working households have at least one maid. No, it’s not a person paid per hour that comes with a long list of things they won’t do (like in England). In Cape Town, a lot of middle-class houses have a person all day every day.

You can also easily get a nanny, gardener or handyman without breaking the bank. Some of the maids live with their employers as well, much like in Mexico. 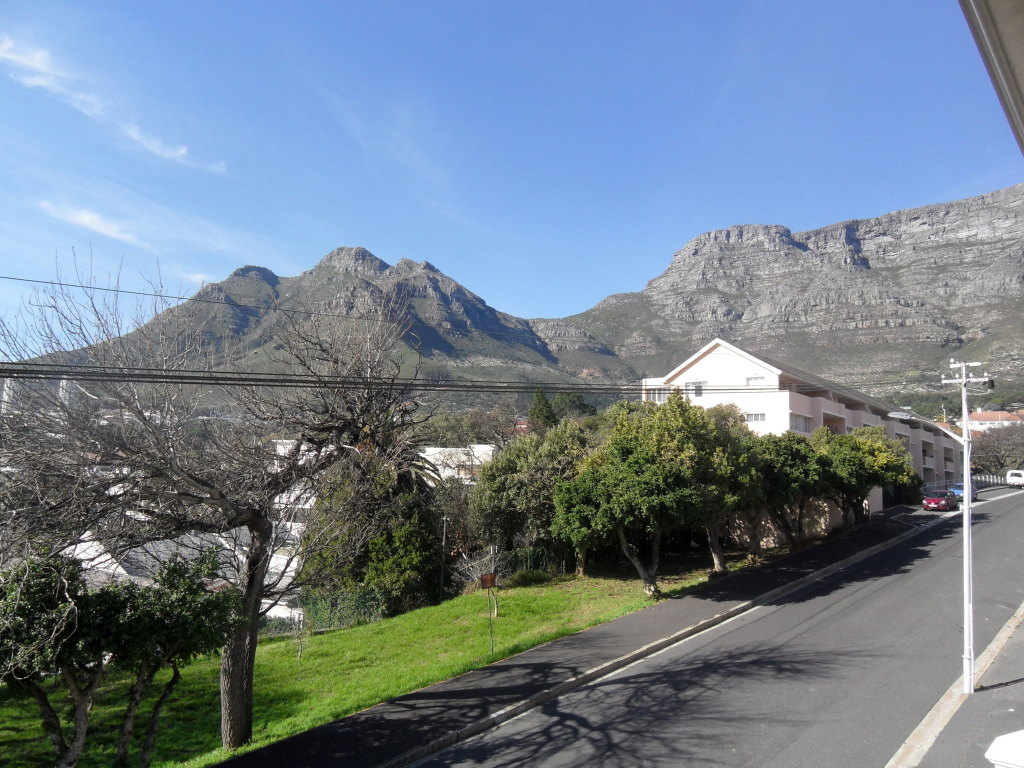 Most people from Western countries don’t need a tourist visa to visit for up to 3 months. However, that’s the only easy part of going to South Africa. I’m not going to lie and say that organizing a work visa, student visa, or simply an extension of a tourist visa is easy because it’s not.

Back in 2012, as a Polish citizen, I was allowed to stay just 30 days as a tourist and I needed more time. I tried to organize a 3-month tourist visa at the South African consulate, but the qualifications were too ridiculous to fulfill. Apart from standard documents such as a plane ticket and bank statement, I had to give them a proof of address and since I was staying with my former boyfriend, so I had no proof that I was the co-tenant.

Moreover, we had no specific plans where we’d stay during our travels and the Embassy required a detailed plan of where we’d stay, therefore my application wasn’t accepted. I ended up entering the country on my 30 days visa and overstaying.

There was no hassle with my overstay and I only had to pay a fine of R1000 (approx. 100 euros) which basically cost the same as getting a complicated extended tourist visa. To my surprise, the people working at the immigration office at the airport advised me to stay much longer next time, because the fine for an overstay is always the same.

Unfortunately, in May 2014 the rules changed and a person caught overstaying their visa is banned from the country for at least a year. Extensions of visitor visas are only granted for a maximum of 7 days on a 90-day visa and 30 days on a 30-day visa. ‘Border hopping’ is also not possible anymore (for example going in and out of Namibia) to receive another 90-day extension for people from visa-exempt countries as was usually granted before.

– The Rough Guide to Cape Town

– The Expat Guide to Living and Working in Cape Town

Don’t forget to arrange a health insurance before heading to Cape Town as you never know when something bad might happen to you. In case you don’t have a proper insurance you might end up spending way too much money that could destroy your plans. Which insurance should you get? The easiest and the most reliable insurance is World Nomads Travel Insurance and I’d highly recommend them.

Why recommend world nomads insurance? You tried and tested them with a claim? I read lots of negative feedback online. Yes they are easy to get insured but how easy is a claim? Also what about work opportunities in capetown for a white person? Otherwise good article..

Yes, I've had it a few times actually :) In terms of work opportunities, it really depends on the field and skills. The most difficult part is scoring a work visa though!

Some comments here are dated November, 2014! This article is four and a half years old. How can it be relevant today?

Because it's being updated every couple of months? As simple as that ;-)

I grew up in SA and recently lived in Cape Town for 5.5 years too (I usually live in Australia now) - it's awesome. The gangs are not around the areas that visitors will be staying - they tend to be out on the Cape Flats etc. But there are a lot of poorer people of course (probably like Mexico, but I've never been there), and that breeds desperation. So stay awake and aware of who is around you and don't take chances (like walking around at night haha or wearing loads of bling and carrying fancy cameras). If you keep this in the front of your mind, then Cape Town is a great place to be. I have never been the victim of any crime there and I've ended up in some scary situations by mistake (like the car breaking down late at night when I was on my own). I only met friendly and helpful people, white, black, Coloured, Indian and everything else in between :)

Great article! However, I have to disagree with your part on safety in Cape Town. Cape Town is not safe, at least not in the way England is. You will almost certainly be pick-pocketed if not mugged here at some point of living here.

It's not Johannesburg danger levels, but in my five years in Cape Town I have often felt far from safe. I live in one of the nicer suburbs in a nice neighbourhood, where down the road people have frequently been kidnapped for their iphones, mugged at knife point etc.

I foolishly walk around often at night by myself because dammit, I want to go where I want to when I want to, but as I say, it is foolish because every time I do I am trying my luck.

Let's not forget the gang wars in some suburbs and the people who get caught in the crossfires.

Sorry, Cape Town is great, I don't want to undermine your article. It's beautiful and there's lots to do and see. People are progressive and smart. But not so safe. And with the extreme racial tension, corrupt government and economic inequality, it's also kinda fucked up.

Thank you dear Anna for this great article. It is very informative and fun to read.