Paris is usually one of the most popular destinations in Europe that every tourist wants to visit. I visited Paris for the first time at the age of 16 but ended up coming back many times. I was fortunate enough to also study French in Paris with EF. 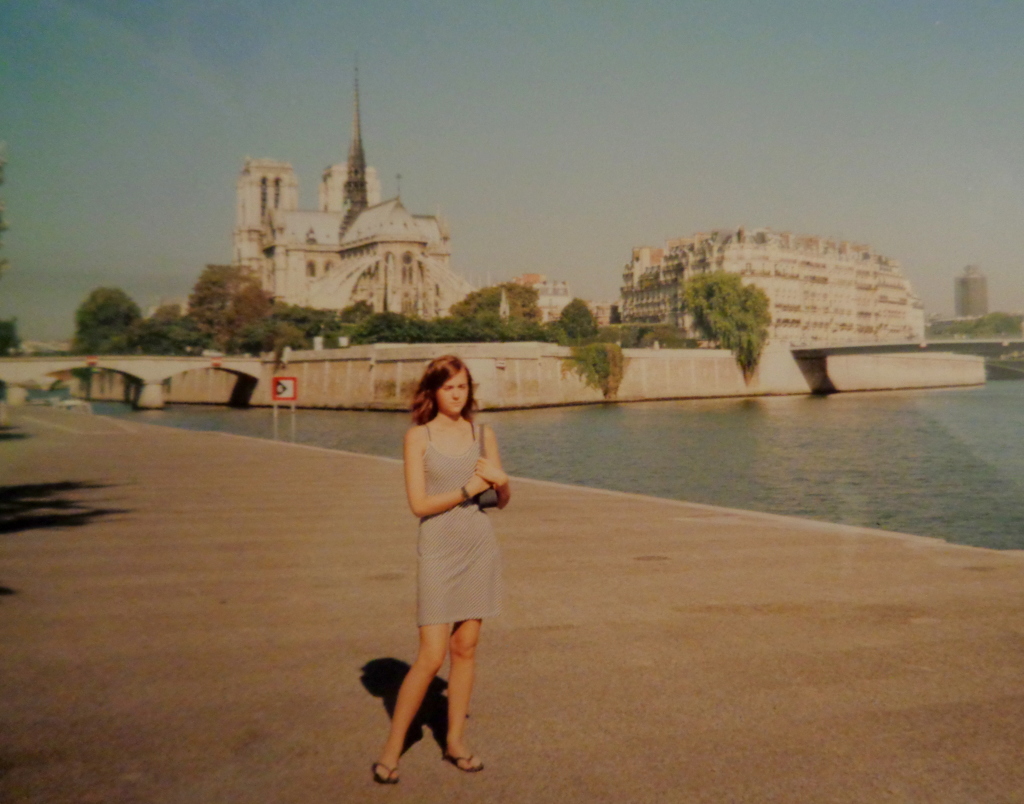 My first time in Paris years ago when digital photos weren’t even popular.

While there are plenty of language schools in the city, the majority of them are not only expensive but also provide no accommodation. Hotels in Paris are extremely pricey and hostels aren’t cheap either, and more importantly, they aren’t for everyone. This is why I decided to study with EF – Education First language school in Paris.

Staying with a host family

I chose the option to stay with a host family with half-board meals, as I wanted to interact with local French people. Unfortunately, I have to say that after my third attempt, I will never do it again. When my host family picked me up from the bus station, I found out that they actually didn’t even live in Paris. Moreover, they lived in a closed Gendarmerie (French police) district, so to enter I had to get a special permit.

The family dropped me off and informed me that they’re actually never at home. Not to mention that they fed me with only 1 loaf of toast with only a half slice of cheese per day. After I spent over 2 hours on the train, Metro, and bus to get to school, I decided to change. Probably not something you’d like to experience when studying in Paris.

None of the other host families had space, so I got a placement at the student residence without extra charge. 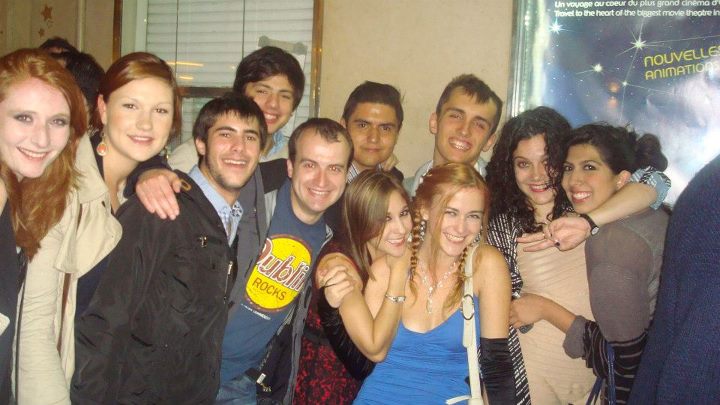 Great parties included in the price 😉

Living in a student residence

The location of the EF Paris student residence was perfect. It was right in the center of Paris, and only a five minute walk away from the school. Unfortunately, the praise ends here. The moment I arrived at the reception instead of a friendly, ‘Bonjour, ca va?’, I heard ‘Hello, you’re the new student?

Here are the rules to sign and the deposit to pay!’.

There was a deposit of 300 euros and the rules indicated:

I think you can get a sense that the place was quite strict. It sounds terrible, but I still had plenty of fun. Even though I had to pay a 100 euro fine because my classmate entered my room for only 10 minutes!

By living in the residence hall, I think I also bonded with other students way better. I made more friends than those who lived with host families and had to go back home for dinner every day. One can see this as an advantage, but because most of the students were from Mexico, I ended up speaking more Spanish than French. So it totally depends on what do you want.

When Parisians heard us speaking Spanish in restaurants, they wanted to practice their Spanish instead of giving us the opportunity to practice our French. So if you want to practice French, don’t use any Spanish. Anywhere. 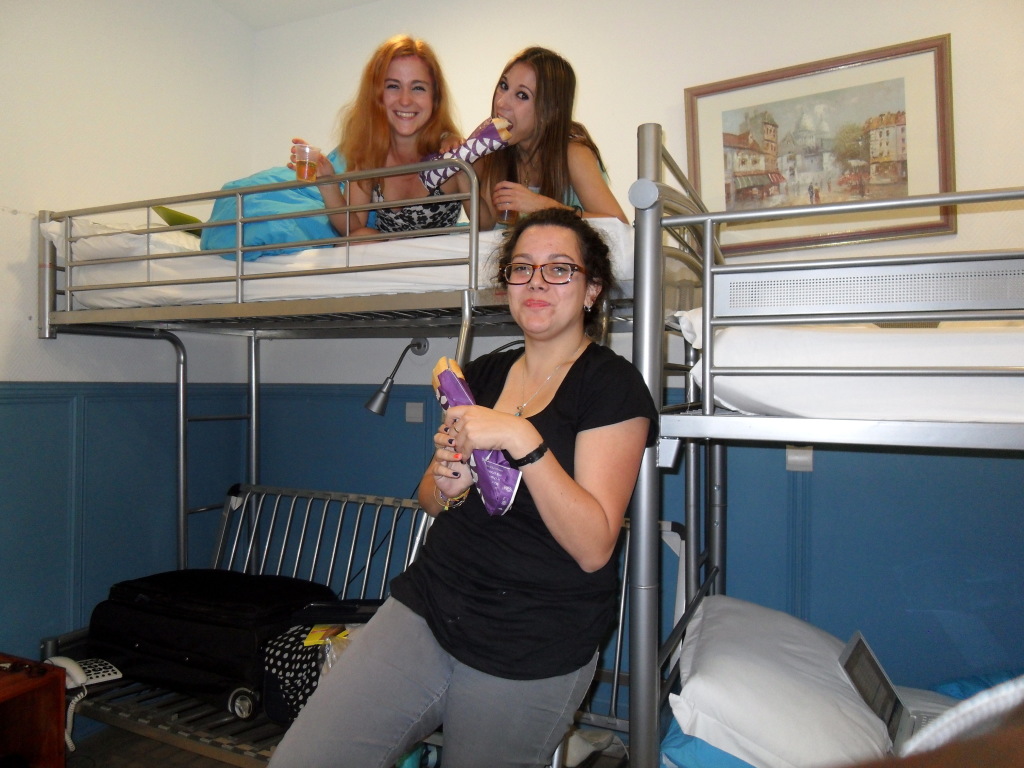 Rules meant to be broken: of course, we had food in the room.

Because the language school was located in the center of Paris, this gave all of us the opportunity to easily get lunch or hang out after classes. On our first day, we had to take a written and oral placement exam to determine our language level.

If you fail a test and end up on a wrong level, you might end up wasting a week of classes. I was put in a class where the level wasn’t high enough for me. But there was a stupid rule that I could only change my level after a week, regardless of your teacher’s opinion.

Besides this small issue, the school was more than fine and I couldn’t really complain. The teachers were French native speakers and only spoke to us in French, with no English at all. However, if you really want to learn a language quickly, I would never recommend taking a language course with a group and sign up for individual classes. This is how I’ve learned Spanish in 6 weeks.

It might be more fun to study with other people and it’s definitely less costly. But I think individual classes can give you much more in a shorter time. At EF you could also do courses with a few individual classes on top of a regular group course. 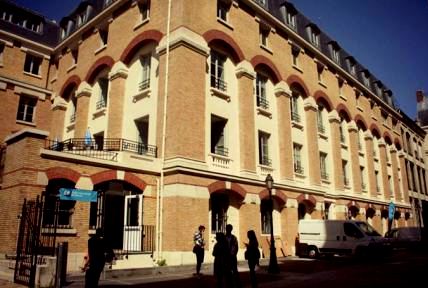 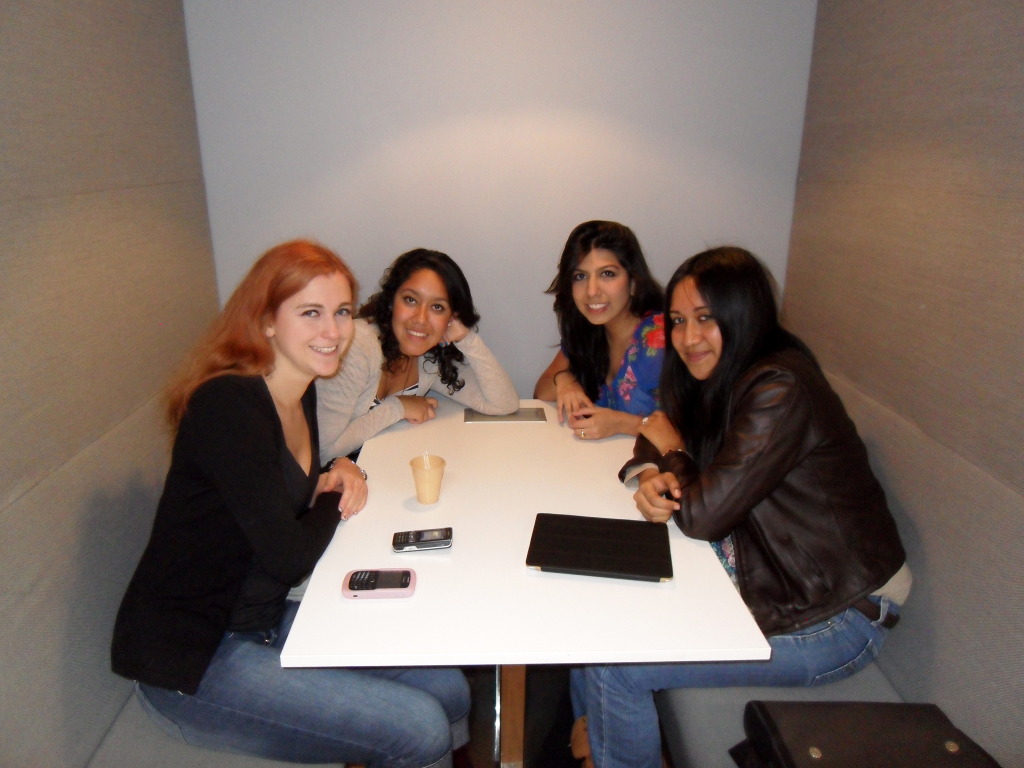 The school was organizing activities for their students every week. I attended various nights out to best nightclubs in Paris, gatherings with locals, and weekend trips. Trust me, you won’t be able to attend everything. While I missed out on some weekend trips, I remember the school arranged a trip to Mont St-Michel, Loire Valley castles, and Amiens.

Advantages of studying at EF Paris:

Would I study at EF again?

I’d surely recommend EF to anyone wanting to learn a new language. It’s a professional organization, one of the best out there, and even if you experience any issues, they’ll fix it for you. I’d totally study at EF again.

I was not sponsored by EF to attend the course and write about it. All opinions are my own as usual. Don’t be afraid of asking any additional questions in the comments below?

Hello, My husband and I are interested in sending my daughter to EF next summer 2023. We were planning for 6 weeks. How long did you go for? We are also planning for her to stay with a host family, hopefully they have improved that, they now place 2 students in with the same family so they will be roommates & will have a friend from another country so that they can only speak French to each other. Did you take another course besides French? Any information is appreciated Thank you JAMIE CONNELLY

6 weeks should be plenty as most students do 4 weeks. In regards to speaking French to each other with a roommate I'll say this: don't count on that for sure. Students speak their best language among themselves and groups are always formed by nationalities & languages, so the host family will speak French but outside it's always tricky.

Hi Anna, Thank you for your review! Very helpful. I'm wondering if there was a meal plan at the EF Paris student residence? Could you briefly describe how meals worked? Do you know if anyone who wasn't a resident had meals via the residence? Thank you!

Everyone was getting their own food, there was no meal plan at the residence at all. We had a kitchen downstairs with a microwave and fridge. Everyone was simply eating out ;-)

I wanna go to Paris this upcoming January 2021, but I have clearly no idea of how much does it costs in total, like from arrival in Paris to departure for your home country, xoxo. Thank you!

With EF? You mean on top of their fees? It depends on the plane tickets, what you want to do in Paris, excurions etc.

Hello, I am a 16 year old girl who is interested in studying. I have a few questions if you don't mind :) 1. What is the curfew for students under 18? 2. Are there classes on the weekend? If not, what can you do on the weekend? 3. At the EF Residence, do you share a room with someone? If so, are they around your age? Thank you so much!!

To answer your questions: 1) If staying with a host family it's up to them and your parents. At the residence it's more relaxed. 2) No classes on weekends. You can hang out with friends or sign up for some organized excursions from school. 3) Yes, you share a room with 3 roommates normally (2 bunk beds). Everyone in the room is more or less a similar age (give or take 2 years).

Hey Anna, do you know if it's possible to just do the course but not necessarily stay at the residence or host family that EF supplies? Like can I find an independent one on my own? I want to do the general course for 5-6 months so I don't know how expensive that will be. Also, do they help you out with your visa application?

Yes, you can arrange your own housing :) They send you all the necessary paperwork, but then you need to go to the Embassy yourself.