Iceland is an amazing country with a lot of activities including swimming in ice cold water between two continents. The best way to discover Iceland would be to rent a car and drive around. However, renting a car in Iceland is neither cheap nor easy so you might want to look into seeing Iceland by bus.

In my case I had no desire to drive, so my only option to discover places located further away from Reykjavik was a group tour. There are many companies that arrange tours around the island. But when I was invited on a South Shore Adventure tour with Reykjavik Excursions I immediately jumped at the opportunity to discover Iceland by bus.

Iceland by Bus with Reykjavik Excursions 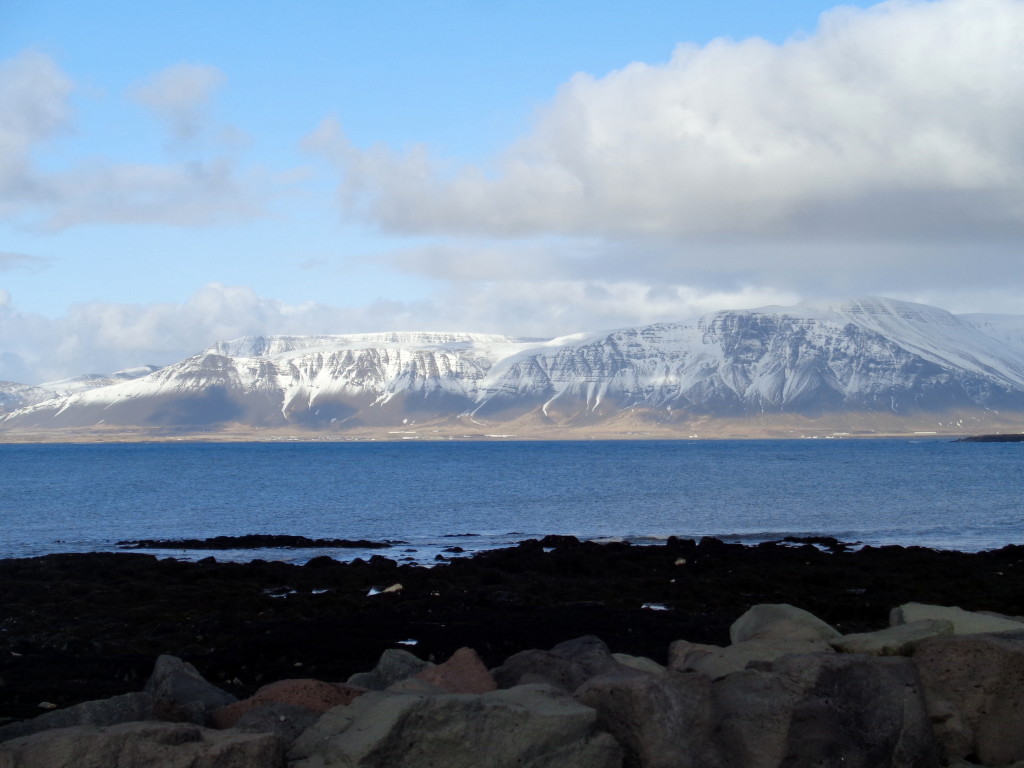 I won’t lie to you and tell you that the tour was excellent and you must do it, as I know that these sorts of big bus tours aren’t for everyone. My tour started at the bus station where the company was packing people into buses.

This is when I knew that the tour was going to be a crowded one, despite not being as popular as the Golden Circle Tour. But despite the tour being crowded it was actually a good one and if you don’t feel comfortable driving or spend a ton.

The first stop, after an hour of driving, was the Seljalandsfoss waterfall. I jumped out of the bus immediately as I wanted to take some photos without tons of people in the background. Despite being quick it wasn’t as easy as I thought as our bus wasn’t the only one stopping there.

Obviously, Iceland is a small island with only one way to get to the southern part of the island so crowds are unavoidable. But don’t worry – as long as you’re prepared you’ll be fine.

I went to the back of the waterfall and got a bit wet, but it was really cool to see it from behind. The moment I hopped on the bus the sun stopped shining and rain started pouring from the sky. By the time we got to the other waterfall – Skógafoss, it was snowing. But the snow quickly cleared up giving me a chance to see it properly. 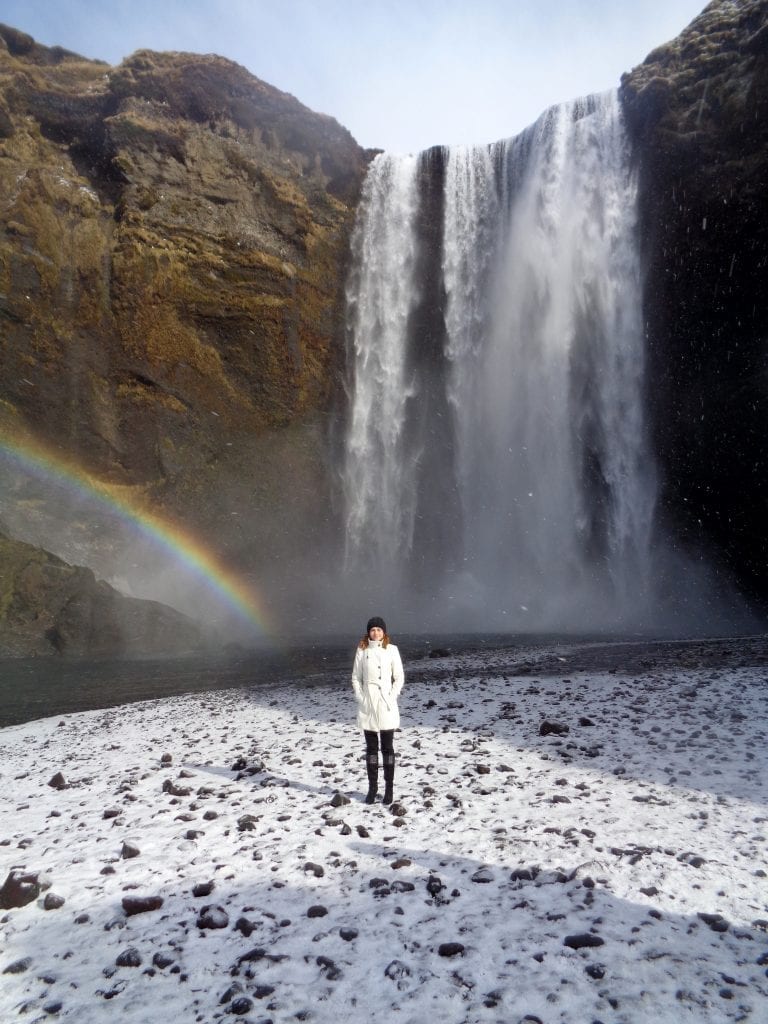 The most beautiful stop on the tour was the black beach. We had around 45 minutes to explore and take some amazing photos. The beach is pitch black and the view combined with the dark sky and crashing waves is definitely unforgettable. 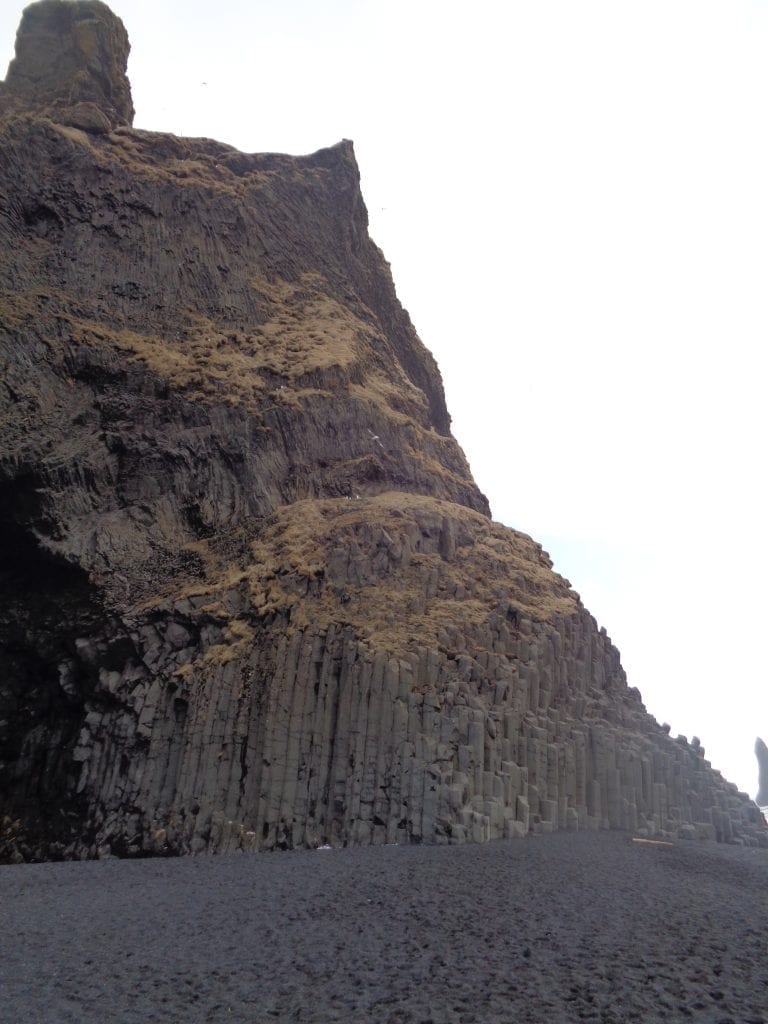 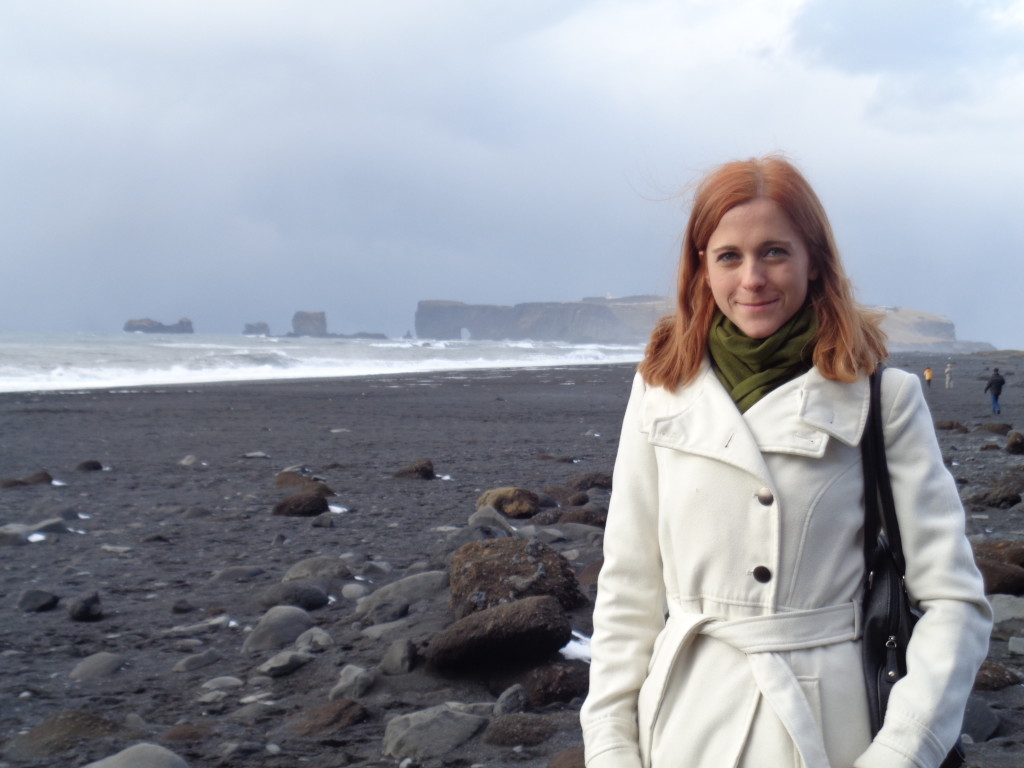 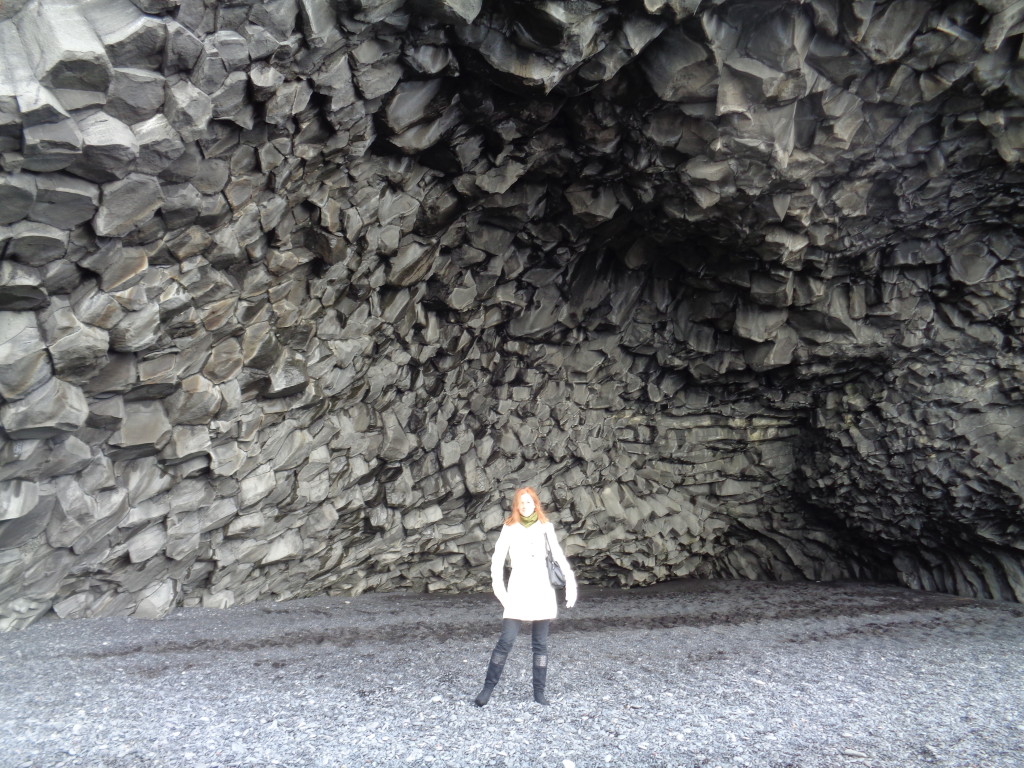 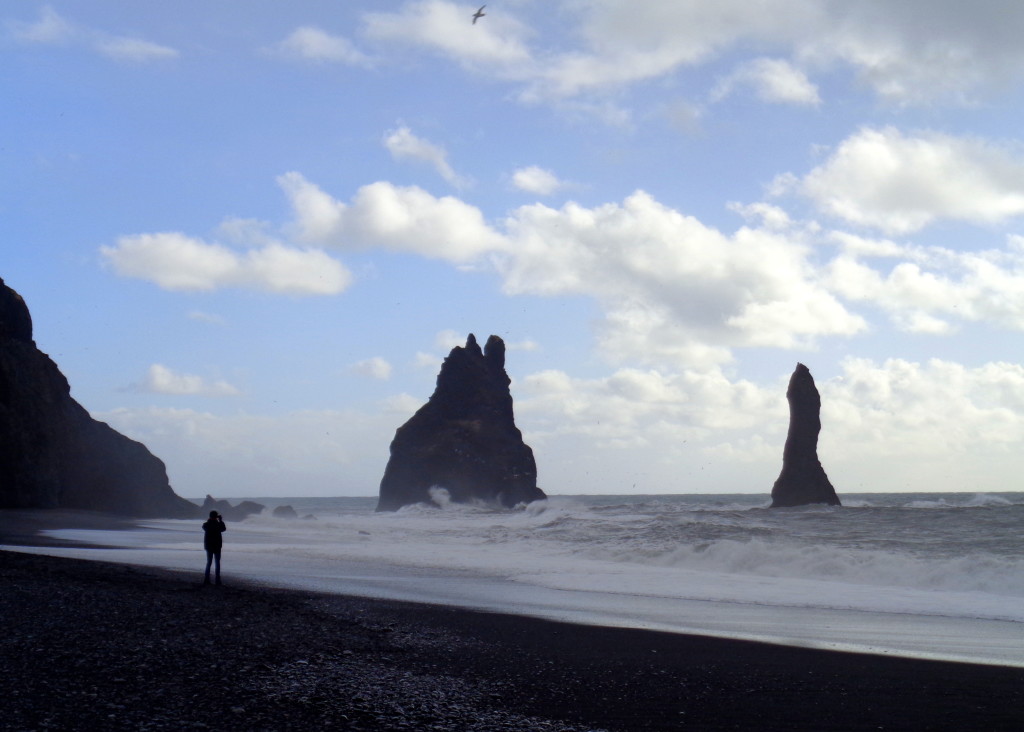 For lunch we stopped at a little town called Vik. I mean, there was one restaurant and a wool factory combined with a souvenir shop and church. 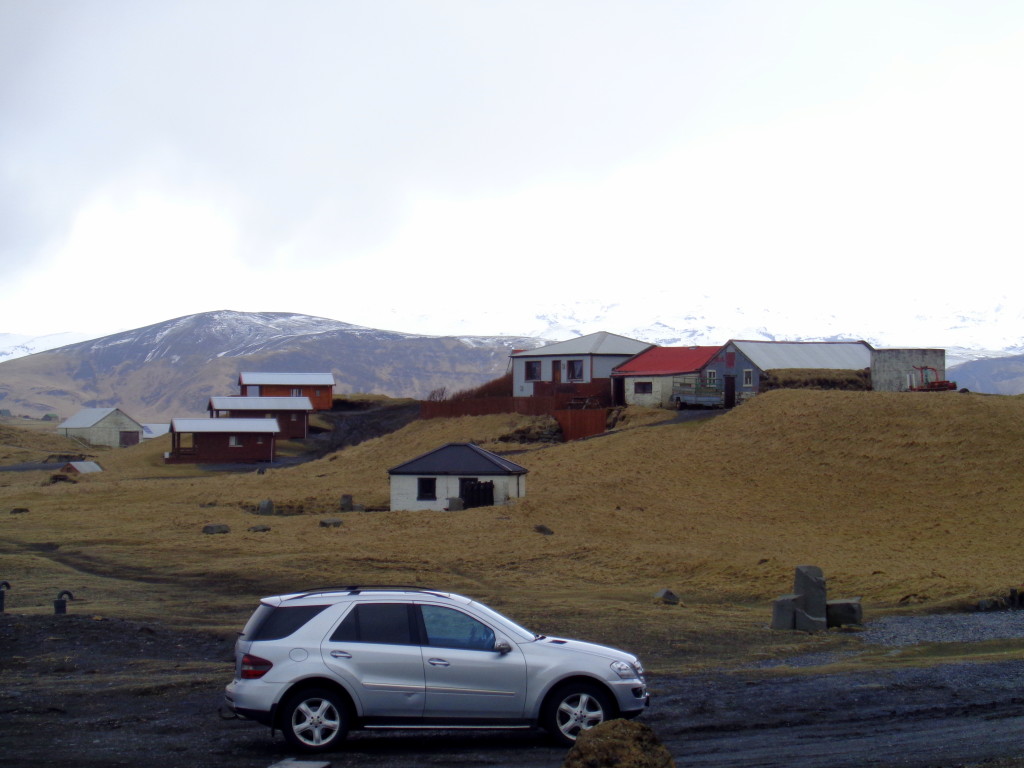 Although my tour didn’t include a glacier hike, we were allowed to explore a bit of a glacier on our own. Obviously without special equipment and shoes I couldn’t go very far, but it was great to experience a glacier walk anyway. 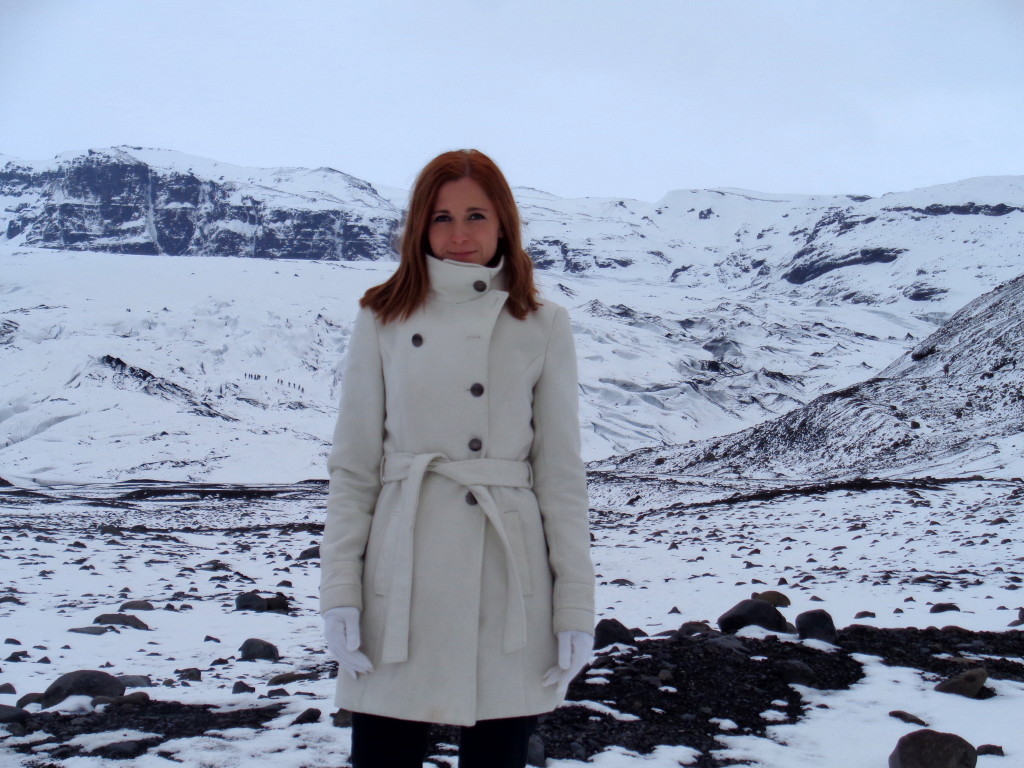 Before heading back to Reykjavik we stopped at the Skógar Folk Museum. It was an incredibly interesting place that shouldn’t be missed if you’re around. A woman at the museum told a story about her grandparents who were still living as pseudo-cavemen in Iceland.

She showed us their photos and explained how they had to pickle food to last them for months. I also strolled around and saw the little houses of the next generation. They made me understand how a lot of Icelanders are still living in caves.

What did I think about the tour overall? The tour is definitely long, as it takes more than 10h and most of the time you will spend in the bus. If you don’t like traveling with a big group then rent your own car. But, if you don’t have a lot of time or you’re traveling solo, this tour will definitely show you a lot of beautiful places in Iceland!

Trip made in partnership with Reykjavik Excursions.
All content & opinions are my own.

Ideas for a Perfect Layover in Reykjavik

The Best Time to Visit Iceland: Summer or Winter?

Tips for Visiting the Blue Lagoon near Reykjavik

Snorkeling in Silfra Between 2 Continental Plates

Def not a fan of those kinds of tours although, I get that sometimes it's the easiest way. The snow shot by the waterfall is great. Sunny, raining then snowing... crazy

Yeah the weather is always super crazy in Iceland :)

I'm waiting for my icelandic friends to come back from their trip around the world, so I can visit them and finally travel around Iceland <3

Definitely! Remember to ask them to feed you with their traditional lamb smoked in lamb shit (as my Icelandic friend adviced me hehe)!

I'm just waiting for my icelandic friends to come back from their triop around the world, so I cay visit then and finally visit Iceland. Road trip is the best idea there, am I right?

I think I went for the same tour when I was in Iceland 3 years ago. Fortunately we didn't have issues with people refusing to return but still I don't think it was a very good tour. I'm still glad I went as it was my only option to see southern Iceland and let's face it, that's an incredible place!