The Day of the Dead is a Mexican holiday observed throughout the country, especially in the south and central regions. Locally known as Día de Muertos, the Day of the Dead celebration is observed between 31st October and November 2nd. It is undoubtedly one of the best times to visit Mexico.

On this day, the locals commemorate the deceased loved ones. The Day of the Dead is one of the most vibrant and colorful holidays in Mexico celebrating the lives of departed souls. As a part of the ritual, people visit cemeteries, decorate the graves and spend time there.

As per the beliefs, the dead comes to the world of living to be with their loved ones during this time. For the fact, this event is an intangible UNESCO World Heritage Site in Mexico. 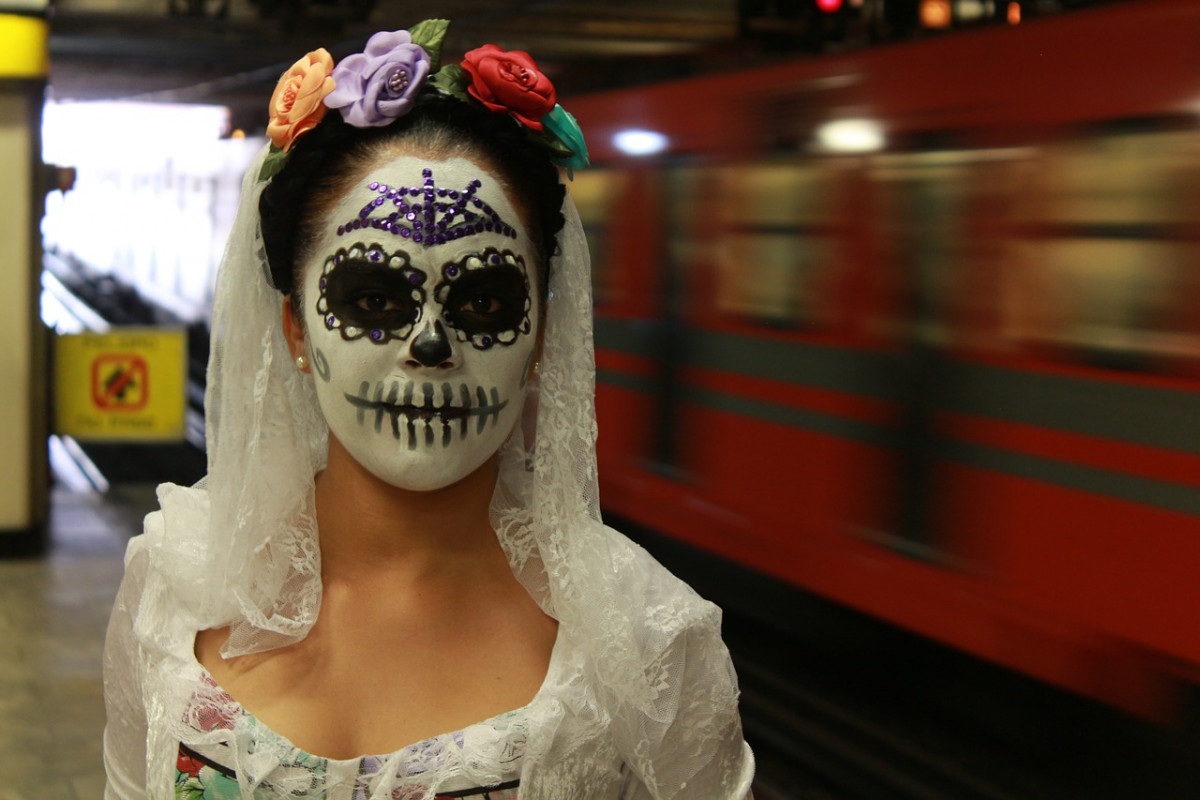 History of the Day of the Dead in Mexico

The Day of the Dead history dates back to ancient times. The entire event is developed from the ancient traditions amongst the pre-Columbian cultures like Toltec, Aztec, and other Nahua people.

During the ancient times, in these pre-Hispanic cultures, death was one of the life phases of life which were not supposed to be mourned. For ancient people, the deceased person lived on in everyday life in both spirit and memory.

During Día de Muertos, they returned to the world of the living. Thus, comes the ritual of commemorating the dead ones in the family. However, the celebration of the present Day of the Dead is a melange of both Hispanic rituals and Christian influence.

Día de Muertos is a mix of pre-Hispanic traditions and Catholic influence. The celebration of the Day of the Dead witness the merging of both cultures. In Pre-Hispanic times, dead members used to buried near to the family house. There was also a great emphasis on maintaining relations with the deceased members.

As per the beliefs, the dead continue to live on a different plane. With the arrival of Catholicism and Spaniards, the days of All Souls’ and All Saints’ were included the celebration of Día de Muertos, and thus, the holiday is observed on two days as we know it today.

The first day – 31st October is the day when the spirits of babies and children who have died return to the world of living to spend time with their families. Whereas, adults come on the next day on 1 November.

Offerings For the Spirit

As a part of the rituals and traditions, the spirits are served with special foods like Pan de Muerto, Calaveras de Azucar, Tamales, Mole Negro, Calabaza en Dulce and more. They’re offered out on an altar in the family home, next to photos of deceased family members. 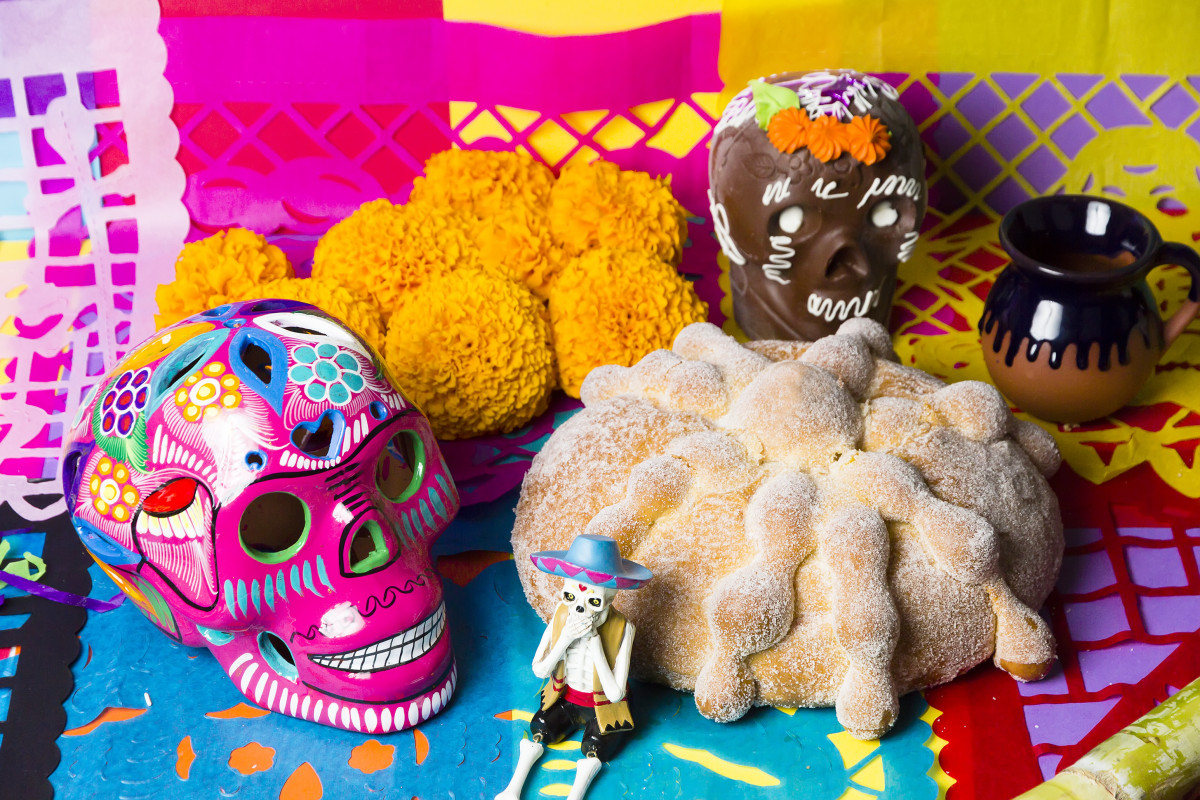 In ancient times, the dead people were buried near their house. There was no need to have a separate home altar and grave decoration. However, at present, there is a separate area, away from the homes, where dead people are buried.

The present-day celebration witnesses grave decoration with a view that dead return to their grave first. In some places, the paths from the cemetery to the home is laid with flower petals.

This is to ascertain that the spirits find their way home. In some communities, there is a custom to spend the whole night in the cemetery. People still throw Day of the Dead party in the cemetery and spend the entire night playing music, dancing, talking and drinking.

Day of the Dead and Halloween

People visiting Mexico often consider Day of the Dead and Halloween are the same. Though both the festivities have some common features, they are distinct events.

Like Día de Muertos, the history of Halloween is also quite similar – it comes from ancient cultures’ belief about death and was later got some Christian influence. Both holidays marks the return of spirits into the world of the living.

The only difference between both the events is their significance. The Mexican Halloween is observed with the idea that the spirits are malevolent. Whereas, the Day of the Dead is celebrated to mark the happy visit of deceased family members. 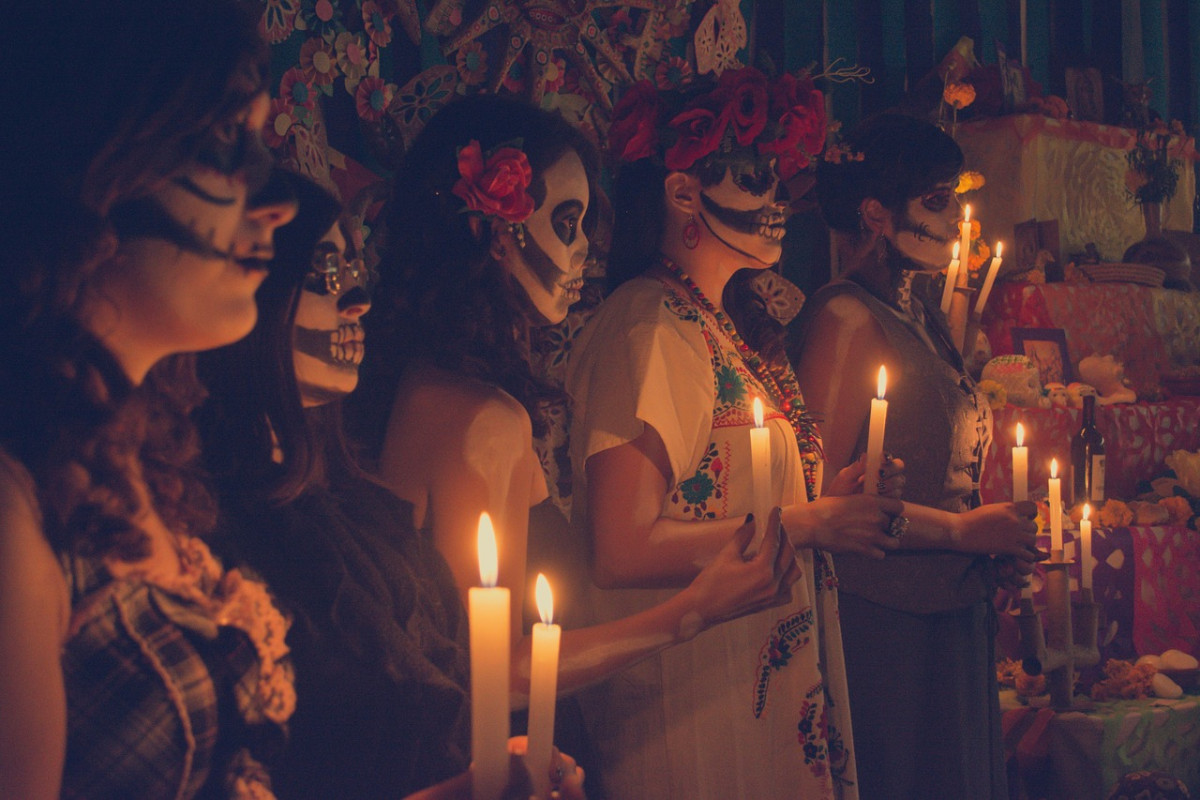 Where to Go to Celebrate The Day of the Dead

The festivity of the Day of the Dead is observed throughout the country of Mexico. Hence, comes the question of which city or town to visit to experience the best of this famous event.

It’s one of the most famous destinations to visit in Mexico to be a part of the Day of the Dead. The town celebrates this cultural festival with numerous traditions.

You can also be a part of this beautiful celebration of the Day of the Dead in Mexico City where numerous old and new traditions come together to commemorate the event. One of the best things about Día de Muertos in Mexico City is the streets which dazzled up with beautiful decorations and there’s also a free Catrina parade on the main street – Paseo de la Reforma.

You may also take a night ride on the canals of Xochimilco (which is very different from a daytime experience), to see the La Llorona show.

Another fun place to celebrate the Day of the Dead is an adventure park called Xcaret in Playa del Carmen. You can see the park decorated in marigold flowers, altars, candles and small shows throughout the park during the evening hours. Performances are beautiful and actually more for locals than tourists. 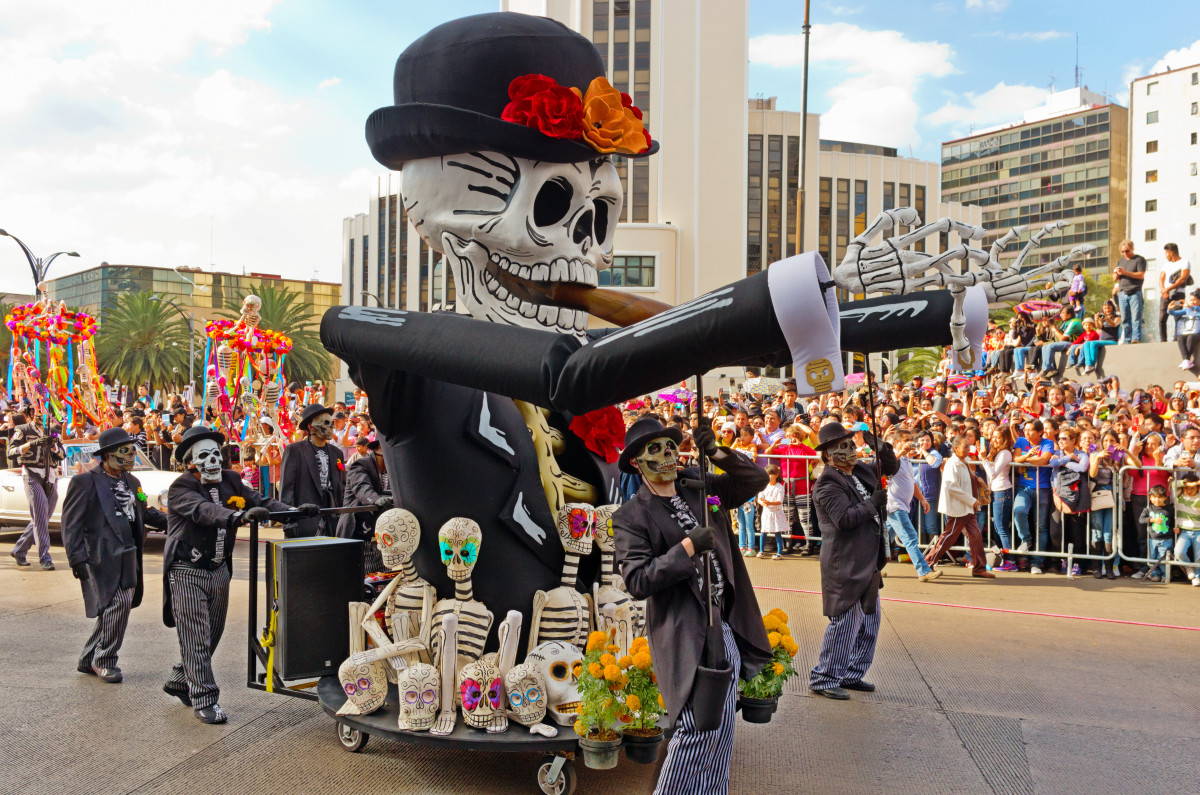 Post written by Jimmy & Tah, American and Thai Millennials who left their careers in the military and finance to become full-time travelers. You can read more about them on their website.

We visited Mexico City for DOD last year for the first time and I wish I had this guide before going. So helpful and I will definitely be referencing for our next trip there. Hopefully for next year.