On November 9th, Donald Trump won the presidential elections in the US. The country has been divided, with many not accepting the president elect, causing protests in defiance all over America. But, no matter who you voted for, and what you stand behind, we can all agree on one thing: these elections have made history. A woman has almost been elected president and a man with no political experience is set to take over the office instead.

Again, I cite newspapers and social media posts: “THIS ALREADY MADE HISTORY”.

Some of you might wonder what am I talking about, and what’s my point of underlining ‘made history’, when the title of the article suggests that I want to talk about travel. Many will say that neither of this would ever affect them, since they live in Europe, Asia or Australia. Unfortunately, it will – and it was meant to affect everyone no matter who would have gotten elected. Let me explain why.

The effect on the world and therefore the travel industry has nothing to do with anyone’s love and hate for any politician. I’m not here to discuss what I think about Donald Trump, Barack Obama or Hillary Clinton.

My only statement in this matter would be that while I hear that someone was or will be the worst president ever, I’ll tell you this: America has not yet had a truly bad leader. So let’s stop insulting others who voted for another candidate and compare this situation to other countries and events from the past. It doesn’t look that bad.

Great, looks like we’re all on the same page now, so let’s move on to the more important topic.

The future of travel industry

What scares me, however, is something related to both situations: people’s opinion on travel, and therefore the future of the travel industry. And why I fear for its future. But neither of the candidates say anything about travel (apart from immigration issues) – one would say. They didn’t have to, you all did instead. 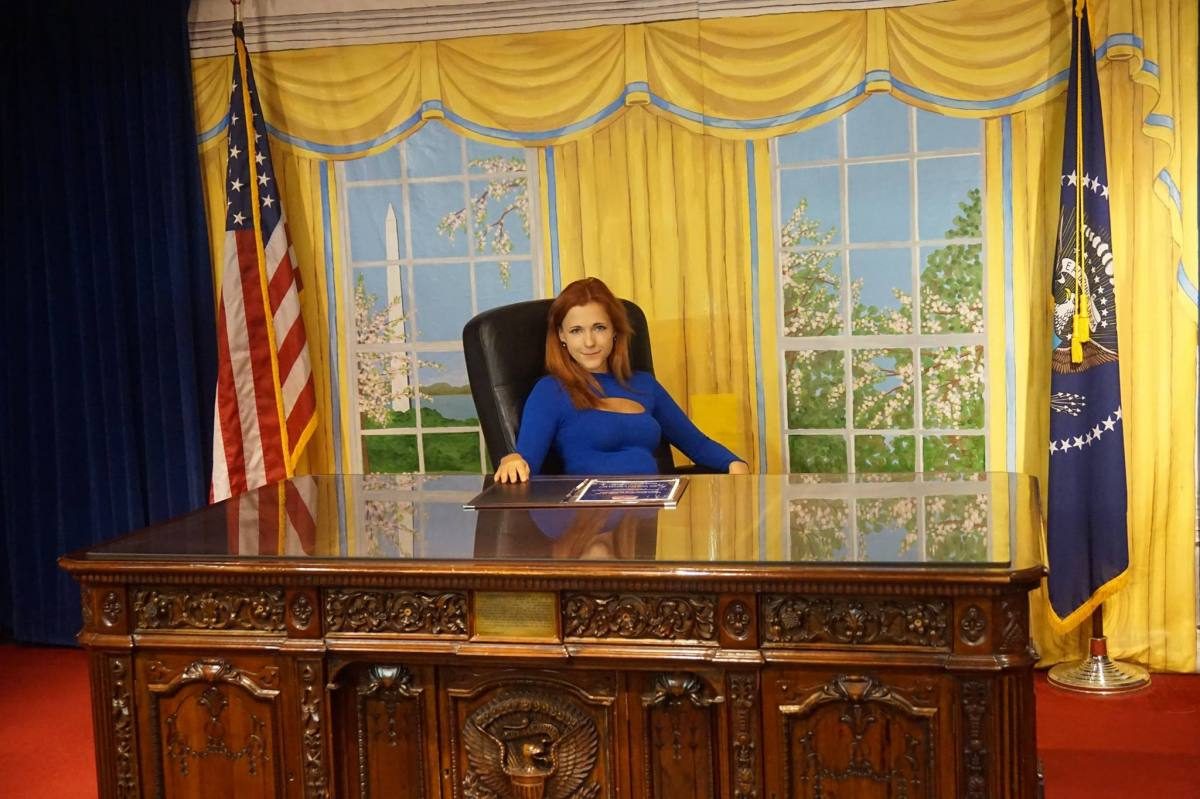 Over the last couple of weeks, and especially today, many fellow travel bloggers posted their reactions to the results of presidential elections. It comes as no surprise, as both Clinton and Trump supporters got pretty startled after the results came in.

Articles appeared on many travel blogs, social media channels, and even in some newsletters. A similar thing occurred after the Brexit referendum a few months ago and the abortion criminalization proposal in Poland.

And while I haven’t commented on these situations, I can’t stay quiet anymore. Why?

I saw MANY followers of these blogs claiming they’ll unfollow them, using arguments that these are travel pages, not political ones. Therefore they should post a nice travel image instead. Here are just a few examples of comments:

I can bring up many others, but I think you get my point. Did we (humans) really become so ignorant to think that politics has nothing to do with travel?! Or we’re just ignoring any issues the world is facing at the moment? That’s the blood-curling issue here!

It seems to me like all we want these days is to read these infamous ’10 best things to do in Paris’ articles to find some cute places to take photos of and move on. Nobody seems to be very interested in what’s actually happening in a certain place. Everyone wants to hop from one country to another as quickly as possible, ticking every place off the list and move to the next one, without learning anything about the past (and present) of the places we visit.

I see it even on my own blog. My posts that touch the history, human rights or any other problems aren’t the most popular. Since when do we tune off when a ‘travel expert’ says something on top of cool things to do and posting pretty photos?

But politics is exhausting – some would say…

Believe me, I understand your frustration even more than anyone else – I accidentally had to study politics and law when I didn’t really like it (that’s a story for another occasion). There’s been a lot of political talk and frustration recently, but it affects ALL of us, no matter who or what you voted for. We can’t hide from it and pretend like nothing’s ever happened. This isn’t what travel is, or should be about.

Let me give you an example of the Black Monday protests in Poland not so long ago. Polish women, together with many foreigners, came out on the streets to pummel the proposed abortion ban that periled lives and the futures of many in Poland.

What does it have to do with travel again? Well, apart from road blockages and everything in the city closed that day when it happened… If this law passes, it will inevitably change the perception of other countries on Poland. It could cause a possible alliance or lack of it with some other countries. We won’t know that today.

Also, not to mention it will encourage ‘abortion tourism‘. I don’t think I need to explain how the word ‘tourism’ is related to travel.

But nothing has happened, the world hasn’t changed – some would say.

Most changes don’t happen overnight. However, the argument that the world is still standing and let’s not talk about it is, excuse me, but simply ignorant. Most changes are insidious.

Do you like to snorkel when you travel? Who doesn’t like watching some cool colorful fish hanging out on a coral reef. Then you might be happy to hear that the recent elections in California might have extended your possibility of snorkeling around the world. But who cares, it’s all politics, right?

California banned plastic bags that have a huge impact on oceans, marine life and reefs. The passing of Prop 67 will eventually save roughly 123,000 bags from potentially ending up in the sea every year. It might save this turtle’s life. 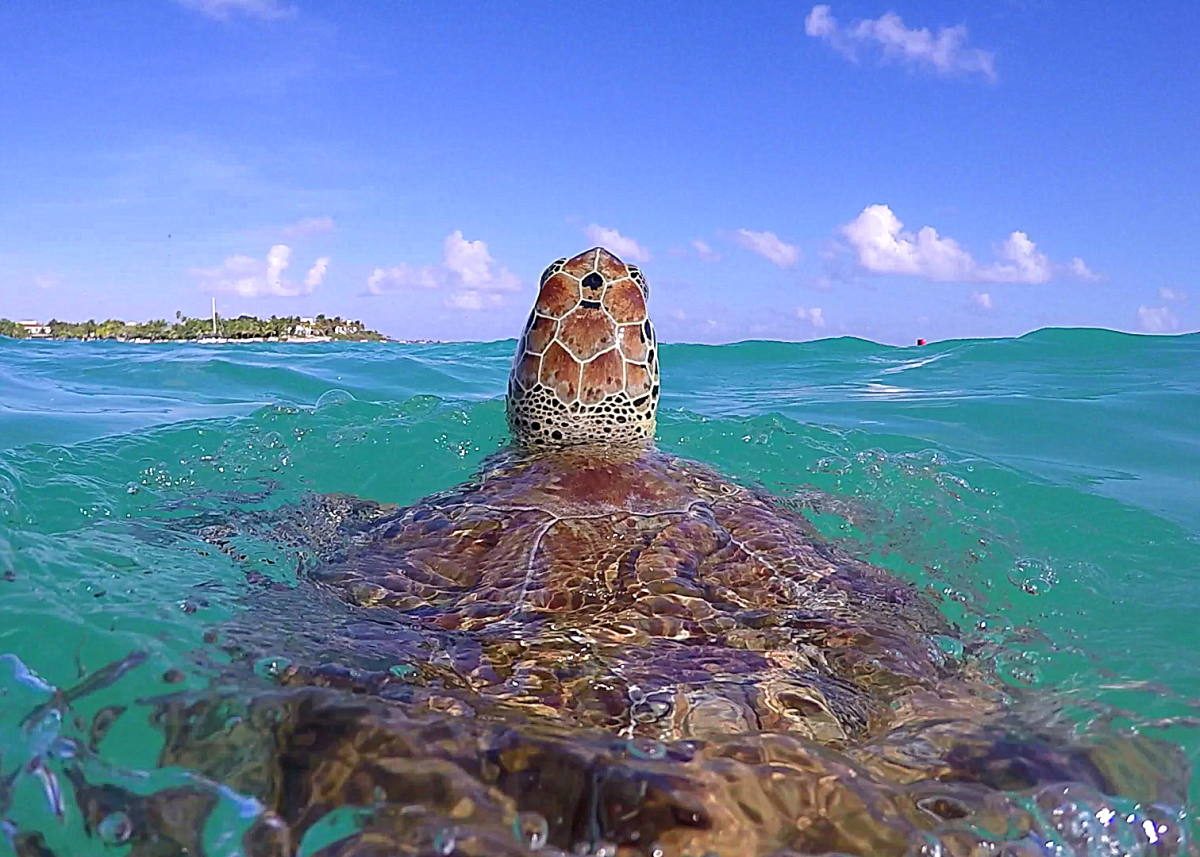 Correct me if I’m wrong, but conflicts in some countries, whether military wars, religious intolerance or simply entry restrictions, impact tourism. They make many want to visit some countries, or not. That’s politics again.

I was actually about to travel to Istanbul, the capital of Turkey, in 2 weeks time. The purpose? A Travel Summit. But I’m not heading that way anymore, as due to the political situation in Turkey the conference got canceled. Many travelers are also afraid of visiting Turkey at the moment. How’s that not connected to politics again?

Clearly, politics has everything to do with travel. It might not have direct results today or tomorrow, but everything that’s happening right now will affect us in the future when we travel, or even if we don’t. Since we all tend to agree that these elections ‘already made history’, and history is very often made by politics, maybe we should also stop pretending that nothing has happened. Its outcome will affect the world we live in and therefore the travel industry.

LITTLE BONUS FOR THE END – WHAT HAPPENED AFTER I TWEETED THIS POST?

Someone just proved my point.

Trump has not addressed tourism specifically. However, I noticed that after various protests against his regulations such as banning abortions, banning talks regarding climate change, and more importantly – the Muslim ban forbidding people from 7 countries entering the US despite their legal visas, other passports and EVEN green cards, started talking about boycotting travels to the US. Sidenote: the Trump Hotels website is decidedly international, available in several languages, including Arabic.

Truth to be told, more money is spent in the United States by international travelers than anywhere else in the world. And by re-installing the interview process for ESTA visa waiver program eligible countries, many travelers are being put off visiting the US. If you still think that politics doesn’t affect tourism, then I don’t know what else to say…

Please, tell me – are people really not interested in learning about the world history and current affairs while they travel these days? What are your thoughts on this issue?