For a long time, I had dreamed of visiting Hanoi and Vietnam in general. In 2012, I even had my visa and plane tickets ready, but I had to cancel my trip at the last second. This is why I couldn’t skip Vietnam on my trip to Asia in 2014.

I only had a little bit more than a week in Vietnam, which was definitely not enough to see everything. This is why I chose to explore only the northern part of the country. I spent a few days in Hanoi, cruised around Halong Bay, and hiked in Sapa. While I obviously can’t speak for the entire country, since I haven’t been to Saigon or Da Nang, this is what I experienced in Hanoi.

Why I Won’t Be Visiting Hanoi Again

This post refers to my experience in Hanoi and only Hanoi. Before commenting, please keep in mind that nowhere have I said this refers to an entire country – I haven’t visited enough places in Vietnam to say that.

As the trip was approaching, I started hearing and reading horrible things about Vietnam, especially the northern parts. Other travel bloggers were either in love with the country (That Backpacker, Legal Nomads), or listing it as definitely not their favorite destinations (Nomadic Matt, Chasing the Unknown, Alex in Wanderland).

I was prepared for the possibility of getting scammed. Scams happen everywhere and this alone wouldn’t destroy my opinion about the entire place. After all, the ratio could be one bad person to ten good people.  But, it turned out that no matter how prepared I was, there will always be a way that you can get screwed over when visiting Hanoi by many, many locals. 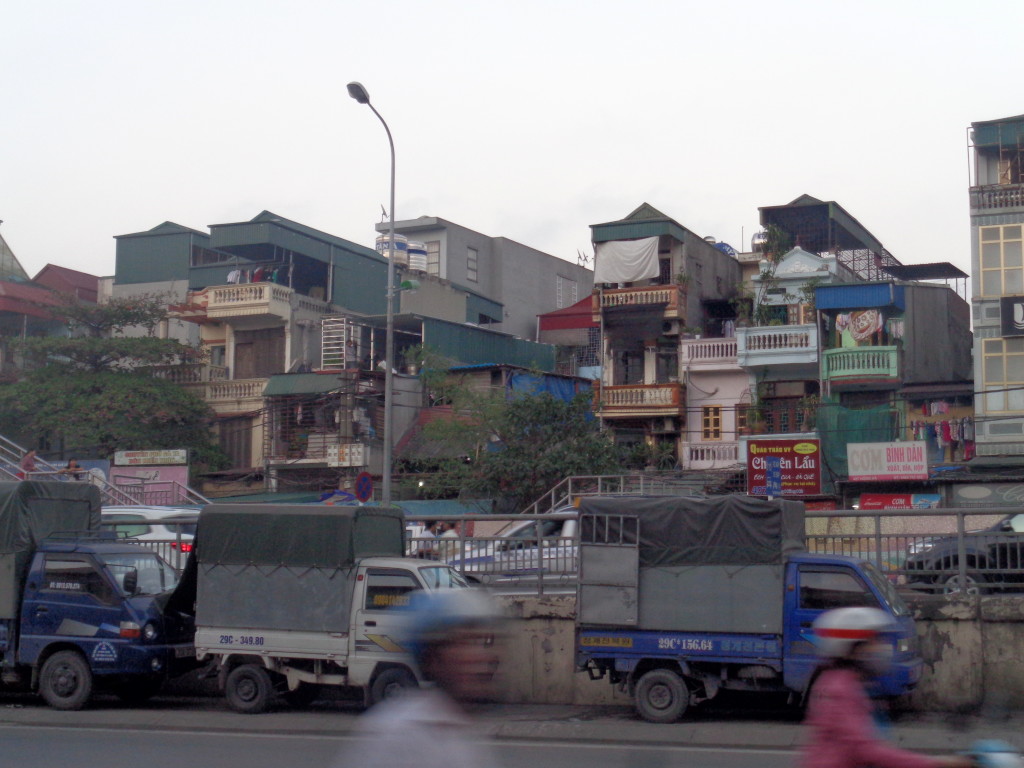 I grew up on Vietnamese food. After the war in Vietnam, a lot of refugees went to Poland and opened small Vietnamese diners. The food was cheap and tasty, so my family was going there at least once a week.

When I finally went to Vietnam, I couldn’t have been more disappointed with the food. After living in underdeveloped countries, I learned to love street food and I understand what cooking conditions might be. I often eat food cooked in strange conditions in the middle of nowhere in Mexico and love it, I definitely didn’t expect Michelin star dining in Hanoi. 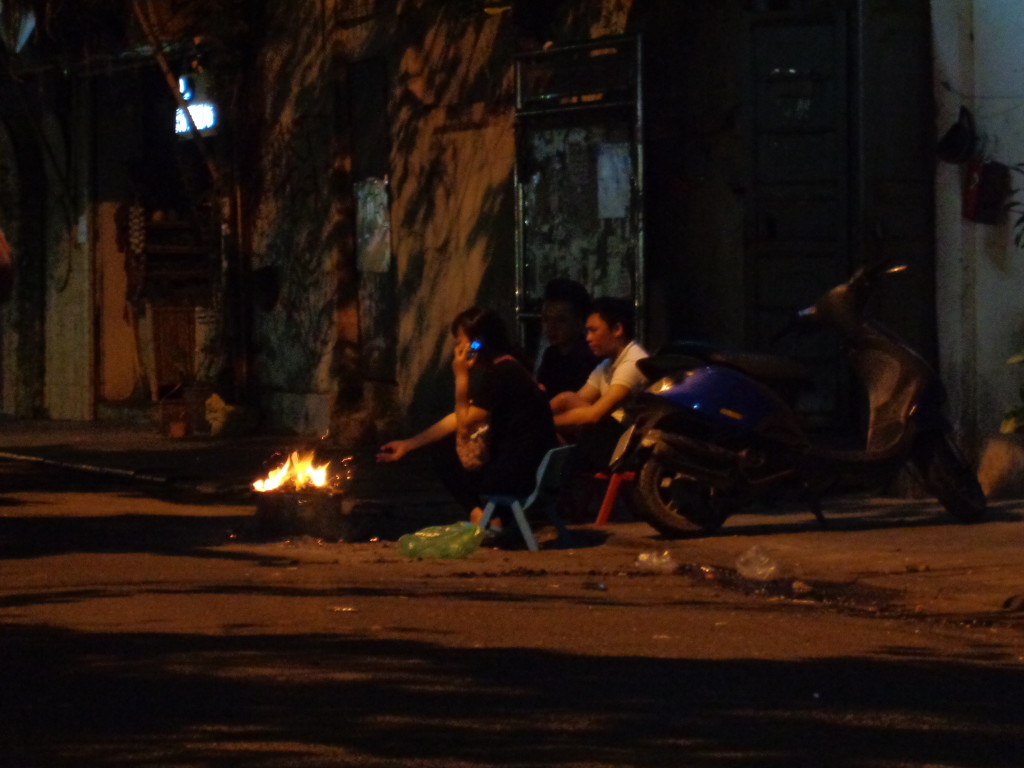 Cooking on the street.

I expected what I read about Vietnam: street food is prepared on the spot and consumed while sitting on small blue plastic chairs usually outside. I didn’t expect to see my food being prepared next to a kid taking a shit into a plastic bag, or my plate being rinsed next to a pile of garbage!

I felt like if I stepped into a puddle, I wouldn’t be so sure if I didn’t step in somebody’s pee. Did I get unlucky? Maybe…

No matter what I ordered in Hanoi, it was super dirty and served on a dirty plate. I was constantly sick after eating anything. And trust me, apart from a horrible food poisoning in Sri Lanka I NEVER got sick abroad. Never.

Every time I went out to eat I felt unwelcome by vendors trying to charge me double what they were charging the locals. They asked me to give them 50, but right in front of me, they asked a local man for 5. I know that everyone wants to make money off tourists, but why not humor the tourists and do it discretely? 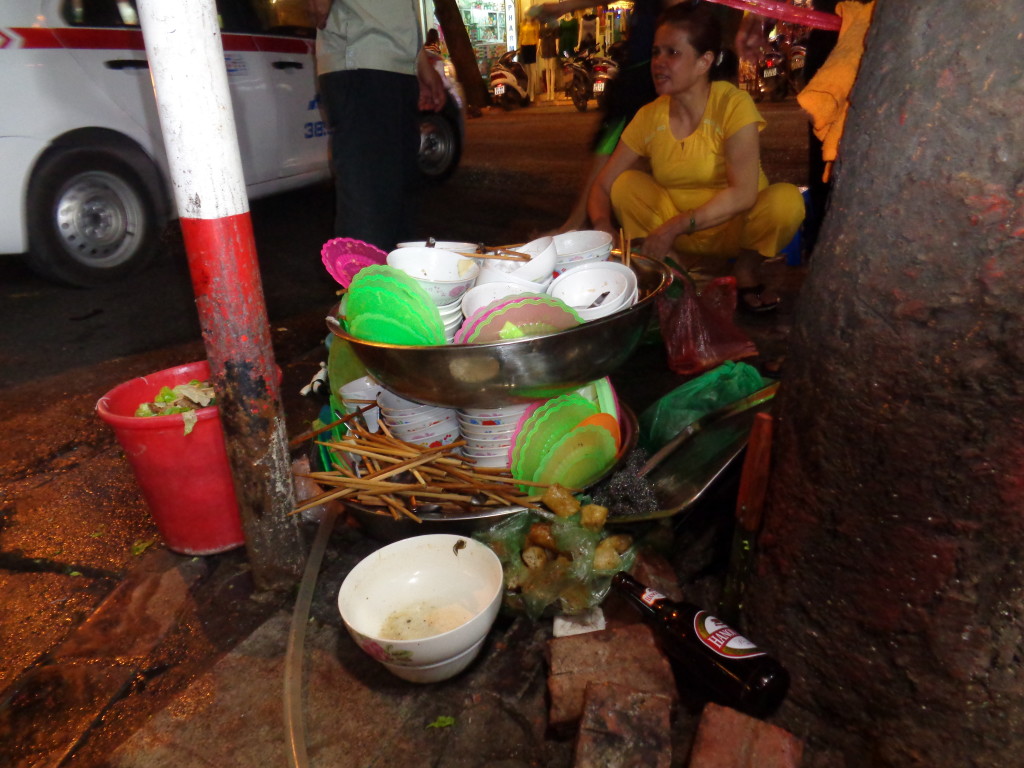 Your plate is somewhere out there.

I asked some friends who have been to Hanoi for a recommendation and they pointed us to a place called Quán Bún Chả Hàng Mành, where I went for dinner.

I got a bun cha, a cold Vietnamese soup with pork served with vermicelli and crab rolls. Everything would have been fine if I didn’t feel the sand or dirt in my teeth after eating the salad. 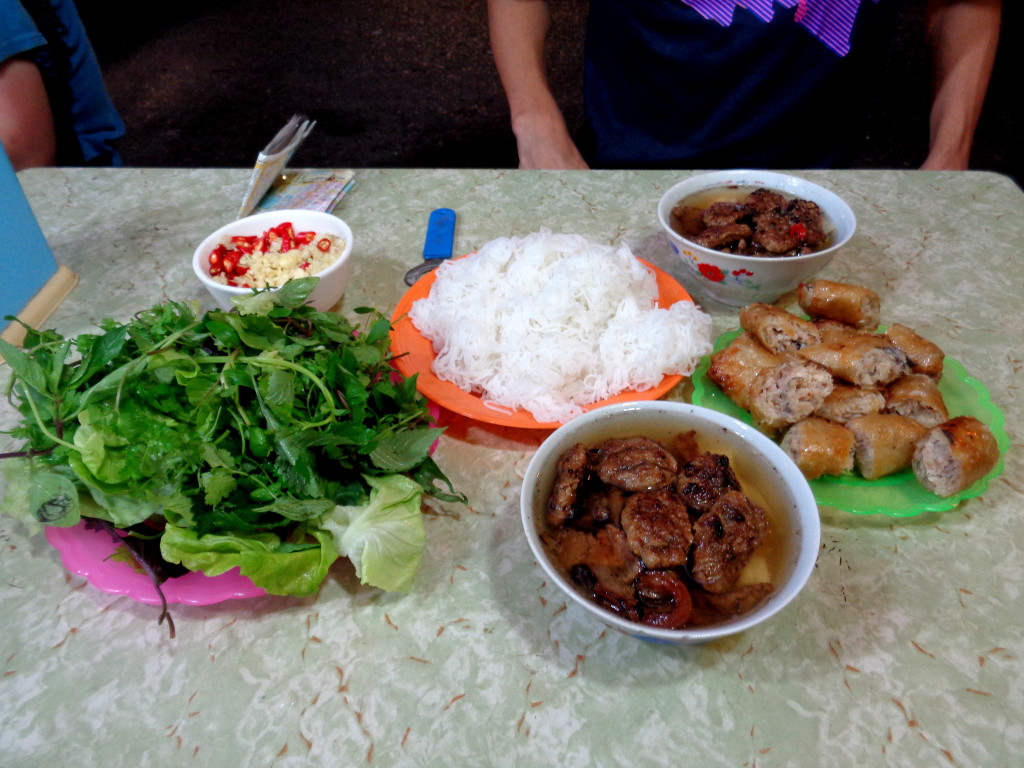 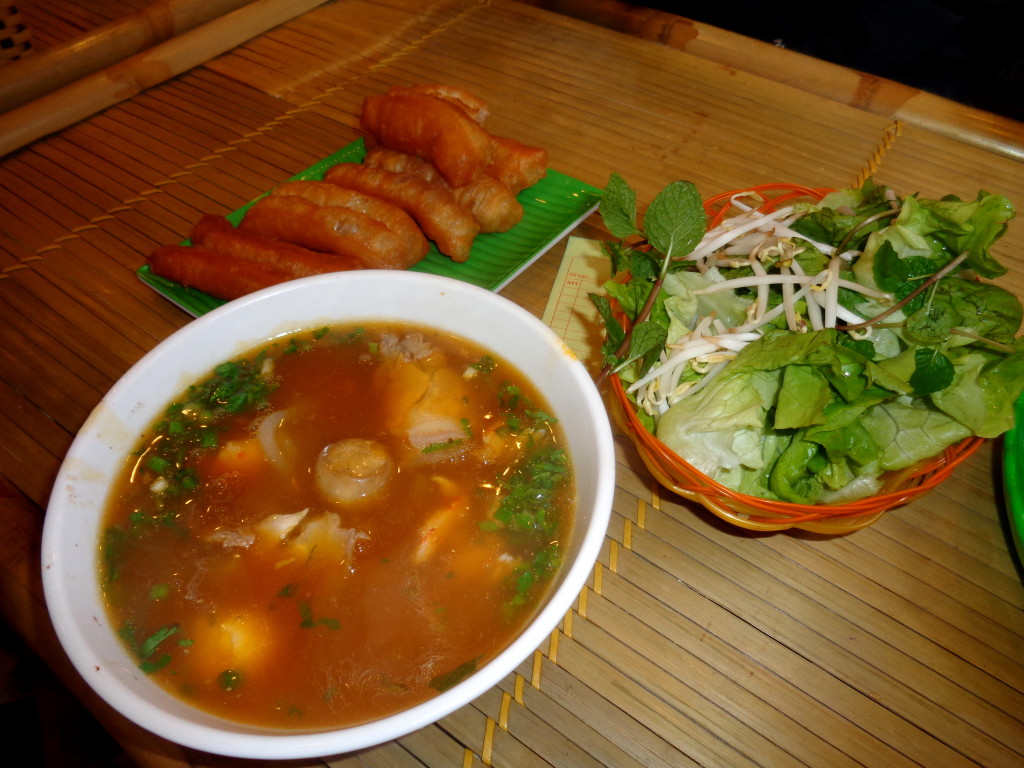 After 9 PM almost every street vendor was closed, so one night I ended up going to a Western-style restaurant instead. While my friend ordered a sandwich, I ordered a crepe with ham, cheese, and mushrooms.

I asked the waiter (who spoke English surprisingly well) if it was a filled crepe and he assured me that it was filled with Western cheese because Vietnamese people don’t eat milk products. ‘Fine’ I thought.

After 20 minutes I received my dish: ripped crepes with a pile of ham dipped in some sort of cream, everything very cold, obviously. ‘Where is the cheese and mushrooms?’ I asked. ‘Inside, it’s inside’ said the chef, insisting that everything was fine.

When I showed him that they were clearly not there, he went back to the kitchen and brought me 2 raw mushrooms in a little bowl of milk decorated with a thin stripe of cheese. Interesting. 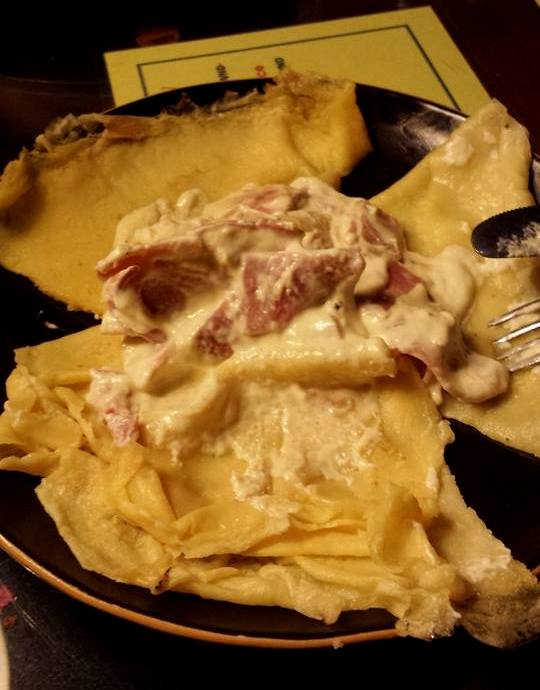 As a white person in Hanoi, you’re being scammed pretty much all the time. It’s just that sometimes you might not know it, or you don’t want to admit that you know it.

The worst part of it is that when you actually do pay attention to the behavior of the locals, you’ll notice they laugh about scamming you in Vietnamese right in front of you. Scam me, but humor me and laugh about it later.

The problem with scams in Hanoi isn’t just scamming tourists. I’ll pay more and get mad, but I’ll go back home and make up for the money I lost. However, Hanoi locals are scamming fellow Vietnamese people which I described in a separate post. 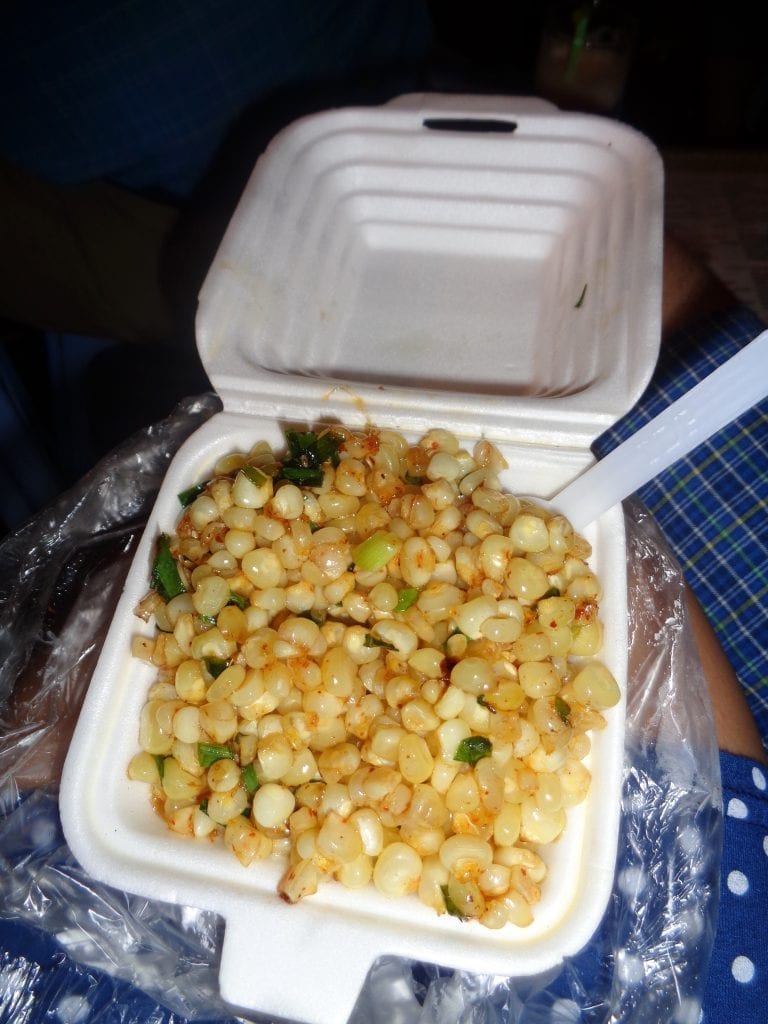 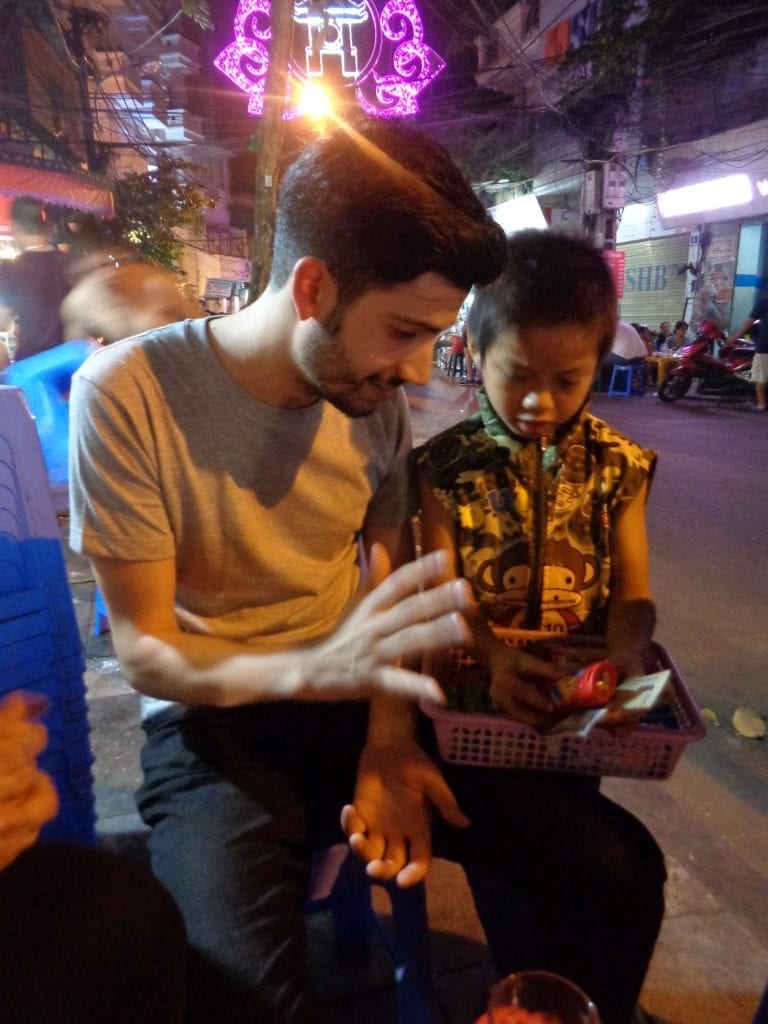 A kid who wouldn’t leave without a certain amount of money.

The City of Hanoi

In spite of my horrible culinary experiences, I wanted to give this city a try. I wanted to discover Hanoi and find something that I could enjoy. I can’t say I didn’t enjoy drinking my black coffee while watching the locals skillfully maneuver their scooters under the webs of electric cables. 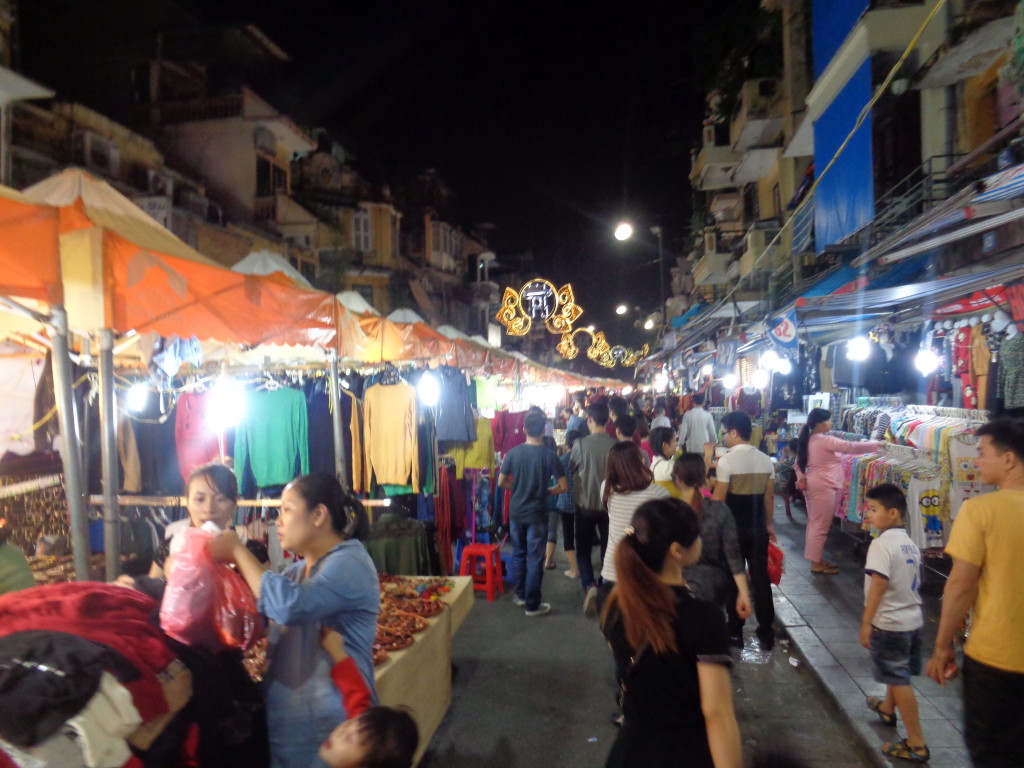 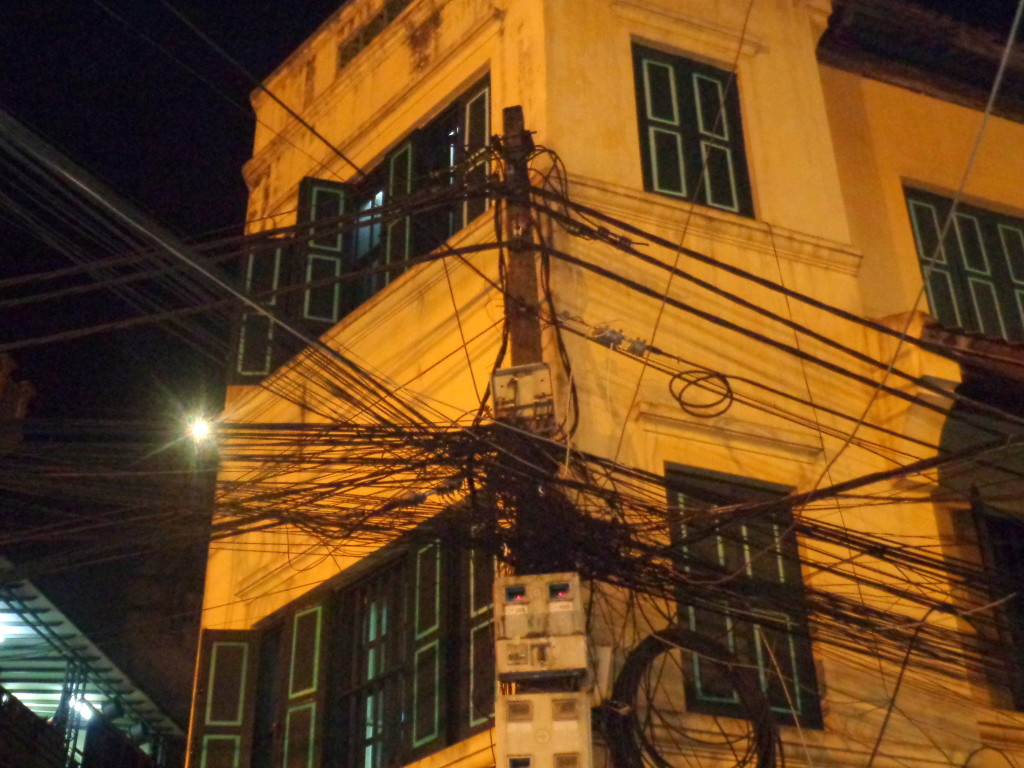 However, the city itself didn’t have anything that would make me want to go back. The famous lake in the center doesn’t look nice at all, not because it’s green, but because it looks abandoned.

I went to every museum in the city in only a day. And during the rest of my time there I felt like I was just wandering around. 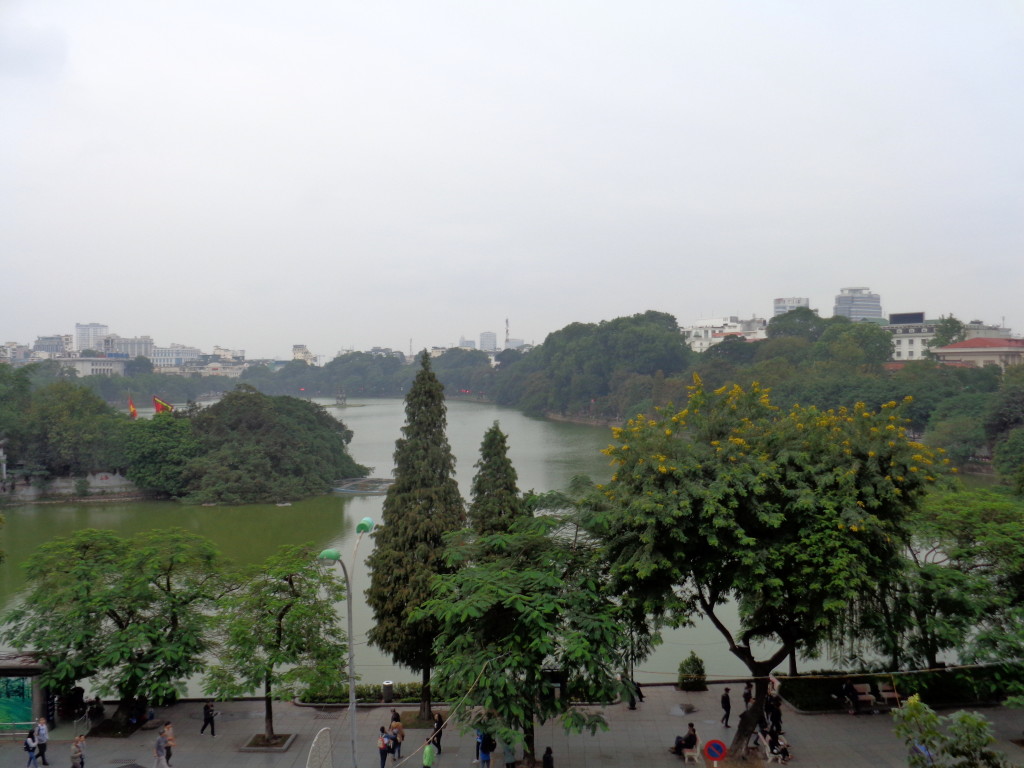 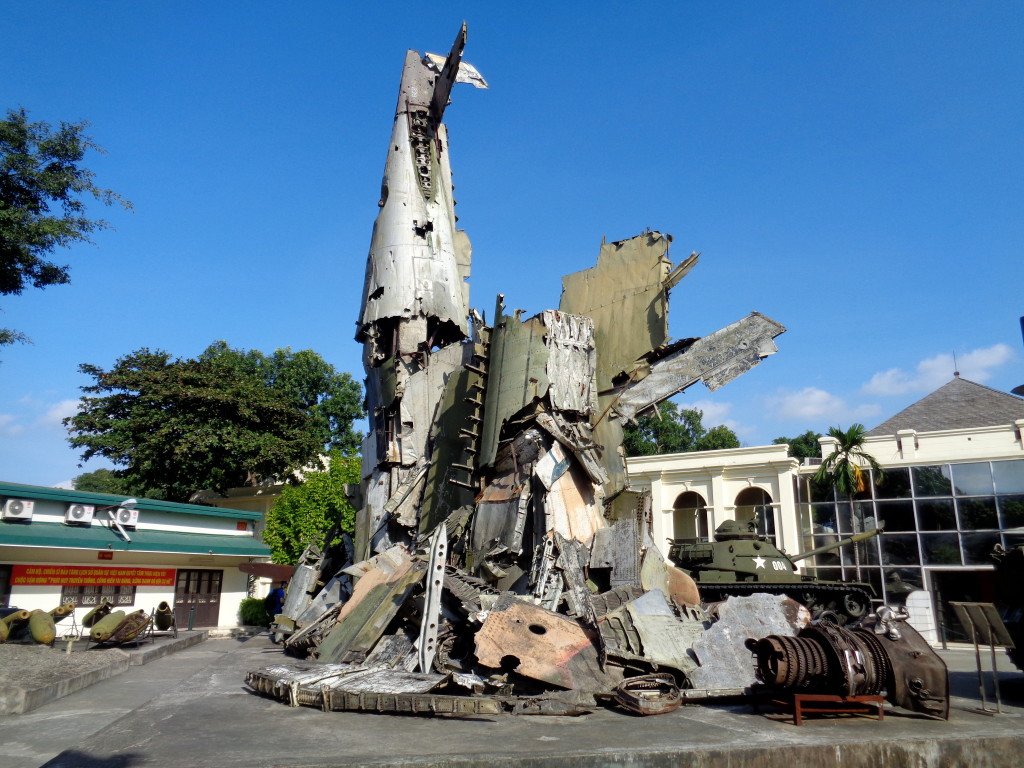 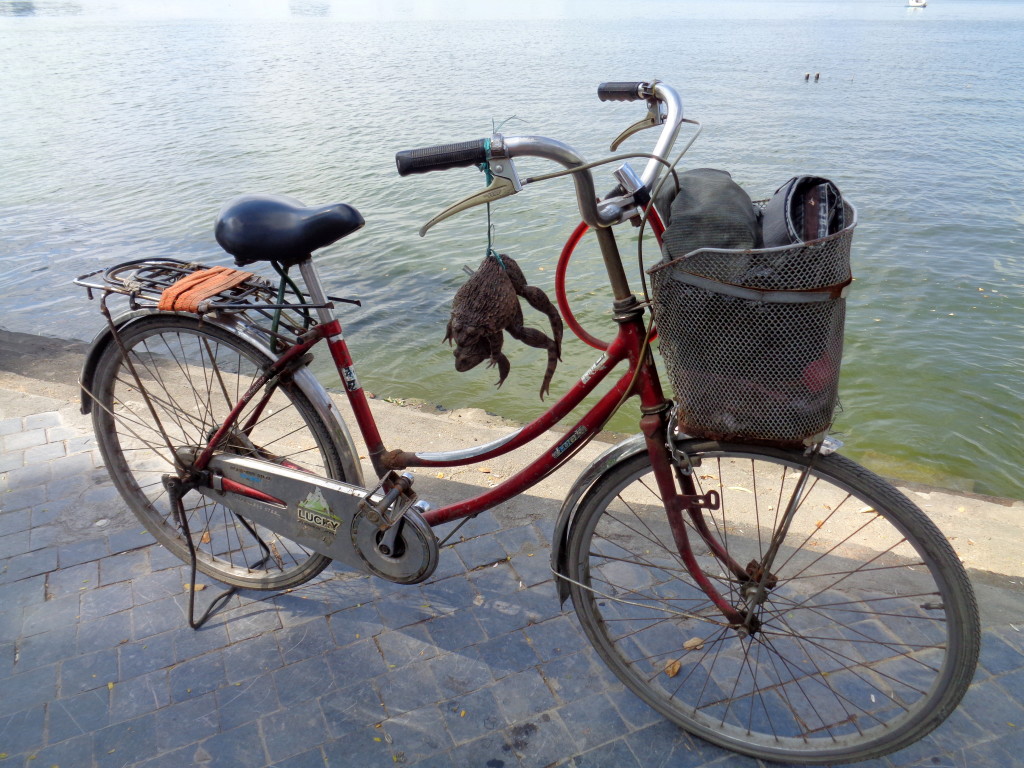 Vietnam has only a 5% return rate. In comparison, other Southeast Asian destinations like Thailand, have over 55% (Source: The Economist). Hanoi people simply fail to understand that by scamming the visitors left and right, and laughing about it in their faces, their tourism won’t increase.

During my time in Asia, I met a lot of travelers who shared my views on Vietnam and in the end, I left earlier than expected.

I’m not saying you shouldn’t visit Vietnam, especially since I know there are many beautiful spots around the country. I would just skip Hanoi. I loved Halong Bay and as long you don’t book your tour with a company in downtown Hanoi, you’ll have a great time. I also didn’t go to Saigon which I heard has a much more friendly atmosphere.

P.S. Keep in mind that if you want to send me an angry email saying that Hanoi was awesome, save us both some time. One person might like the destination, other will not. Also, since 2014 some things have changed in Hanoi and quite frankly the city became cleaner for sure.

Good accurate report. I find sadly it's the nature of the people in the North. Come down to New Zealand and enjoy our sights, especially the South Island. Nobody will scam you here..

I visited Hanoi in January 2017, for 4 days in between Thailand and Cambodia. I booked 2 tours from an Hanoi tour agency, to Perfume Pagoda and to Halong Bay, both were fine. The only thing that came close to a scam was when I was approached by a guy on a motorbike who told me that the the Ho Chi Minn mausoleum was the other way around, or something like that, and he would give me a ride and show me around. He took me to a few interesting pagodas, and eventually to a restaurant in a remote and non-touristy part of town. He made me pay for his meal, which was not expensive anyway. Then I started to become paranoid that he could have robbed me or something and I insisted to return to the old city. He agreed and I paid him for his service after haggling to lower the price. I felt very stupid afterwards, and a bit lucky as it ended without physical or financial damage after all.

As I read it, I were a month ago in a completely different Vietnam and a different Hanoi.

Sure, they tried to grow up price everywhere, but as soon as one reacted, he got to the prize for the local without any problems. In addition, outside the tourist spots, they didn't even exaggerate any price.

Yes, it had proved (as everywhere else) to learn basic phrases in Vietnamese, especially in rural areas it brings a great understanding and the effort to adopt me and invite me to home.

Keep in mind it was in 2014 and even looking at Instagram I see that the city has changed a lot. Back then central Africa was like a Michelin star hygiene level in comparison...

I understand you completely, been living here more than a year. Hate it but would never live anywhere else in Vietnam because I love it too

Thanks for visiting our Vietnam countries and thanks for your coments too.

I'm a Vietnamese and myself also travelled around the world over 40 countries. The whole world, each place got the bad and the good, when you travel: I think you should just try to explore the culture, the history, the people of that country, see and feel the beauty of the destination. Each place always got its own beauty.

Have a type of people always keep complaining for everything which is really worse.